The northeast region is very rich in rhythms and musical styles.

As it is a place with very diverse customs among the northeastern states, several were created and adopted rhythms and musical styles for no one to stand still!

That the Northeast is a region very rich in culture is not disputed.

What not everyone knows is that it is a true musical barn, a great “stage” that makes room for various rhythms and artists.

The Northeast goes far beyond frevo and lining! It is a colorful, plural and multicultural land that brings together immersive and very characteristic sounds.

see how many Northeastern rhythms and musical styles are successful in Brazil and help to take the culture of that region to the world.

7 styles of rhythms and music from the northeast

Axé is a relatively new musical genre compared to other northeastern rhythms. 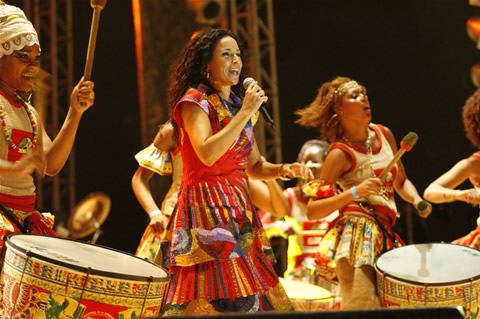 He was born in Bahia, in the 80s, during popular demonstrations in Salvador's carnival.

Its name – in the Yoruba language – means energy, power or force present in each thing or being. In short, in popular culture the term axé is a greeting that conveys positive energy and good vibes.

In addition, percussion is a strong presence in axé and positivity, as the name suggests, is one of the main features of this rhythm so famous throughout the country.

Baião gained its popularity mainly by the hands of Luis Gonzaga, which is even today recognized as the king of this rhythm.

The instruments most used in this arrangement are the country guitar, the accordion, the triangle, the recorder, the accordion and the fiddle, a precursor to the violin and characteristic of this musical style. 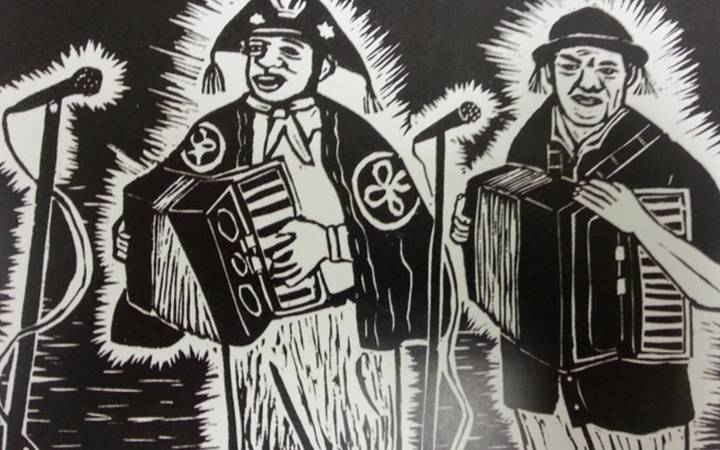 The theme of the songs is the northeastern hinterland and the suffering lives of its residents. One of the most famous is Asa Branca, which reports a difficult life due to the severe droughts in the region.

At the time of the 70s, there was the advent of “tropicália”, which gave a new character to the rhythm, providing greater popularity. Tropicalistas, such as Geraldo Vandré and the group Baianos Tropicalistas, re-recorded great hits of this musical style.

O Lining it is a contagious rhythm and is synonymous with northeastern tradition.

O Lining encompasses the quadrilha, the xote, the baião, among other variants, and can be danced more glued or separated from the pair. 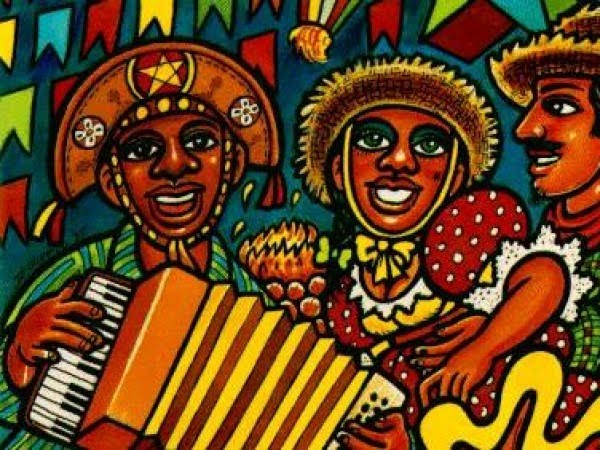 History of Forro Dance and Rhythm

Despite having greater reach during the period of festa junina, the forró is played throughout the year in every part of the Northeast region.

The arrangement has a few variations: the most popular is the forró foot-de-serra, also known as traditional forró.

There is also electronic forró, in which electronic elements such as keyboards, drums or electric guitar are used in songs.

Another aspect of this rhythm is the university forró, which emerged in São Paulo, adding only the double bass and the guitar along with the original instruments. Its greatest feature is the three basic steps of the dance, one of them being “two for there and two for here”.

It's my people, the accordion and the triangle sound louder in the Northeast. But don't avexe! If you want to dance a good forró – even if you don't live in these cities – just turn your living room into a lounge and drag your foot out until daybreak.

Frevo is a typical rhythm of Pernambuco and its popularity in the country is due to the fact that it is danced in the Recife carnival, thus enchanting natives and tourists from all over the world.

Following the typically famous rhythm in the streets and halls of Pernambuco, the dance choreographies are improvised, referring to acrobatics, but they can be done by people of any age.

This musical style emerged from the fusion of other musical styles, such as the quadrille, the maxixe and the gallop. 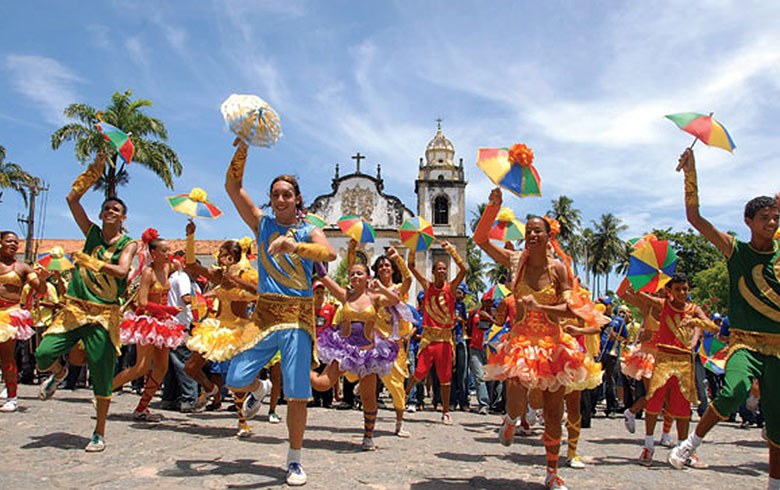 As music, frevo is characterized as a type of faster marchinha, being played by a band or orchestra called fanfarra, which accompanies the group of dancers or visitors.

There are different types of frevo (street frevo, song frevo and block frevo), the most common being fully instrumental, with wind and percussion instruments such as trombone, tuba, trumpet and saxophone.

Frevo is a fusion of march, maxixe and elements of capoeira, and what is most impressive is the agility in the dance steps, accompanying the tempo of the music. It is worth noting that this accelerated pace emerged in the XNUMXth century and continues to be vigorous today.

Maracatu originated in an African religious ritual, in honor of Our Lady of Rosario, which took place during the coronation of the Kings of Congo.

The rhythm was inserted into Brazilian culture by slaves who came from Angola and Congo, who, even in an unfavorable situation, insisted on maintaining their traditions and rituals. 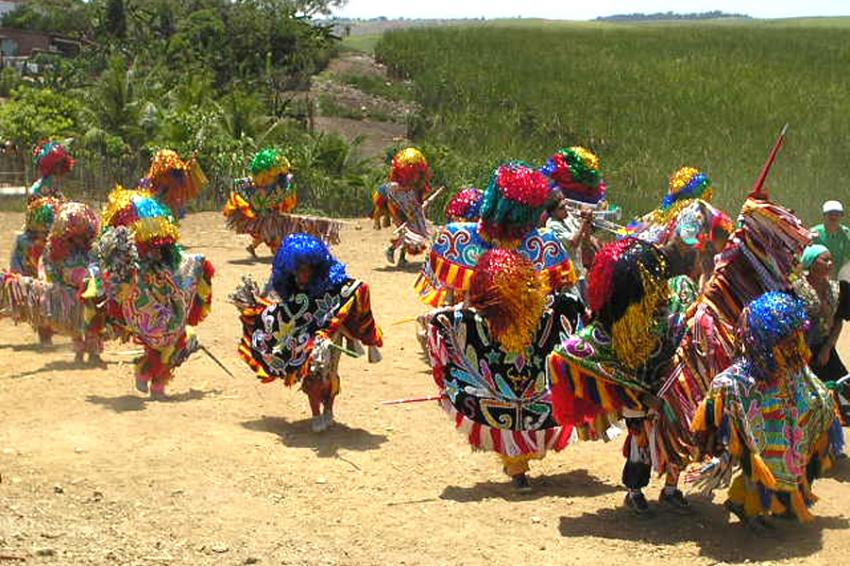 As it became a traditional rhythm, it lost its religious content and became a typical carnival dance, but without losing its traditional characteristics.

Maracatu is still alive and maintains its traditions in the Pernambuco carnival, becoming a symbol of black resistance in Brazil. To the sound of drums, with the rhythm of the drumming turned, the coronation ritual is performed with dancers representing the king and queen, who go forward, followed by the subjects in a parade of contagious colors and sounds.

O samba de roda it was born in the Bahian Recôncavo and is the result of a mixture of different African rhythms. 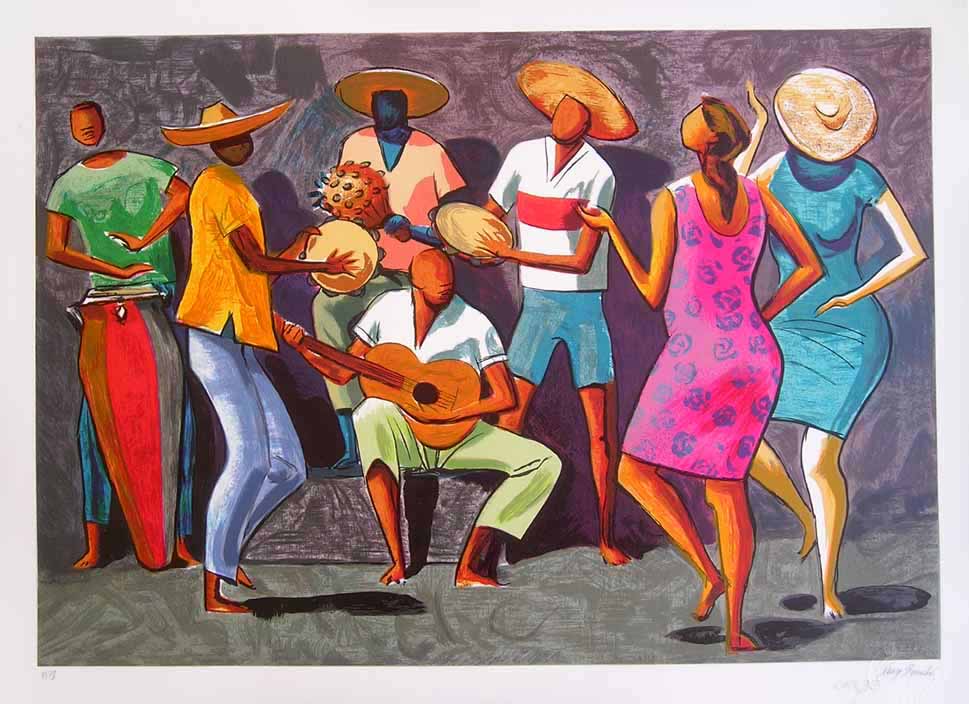 Today, samba de roda is one of our greatest cultural heritages and it is not by chance that it has become an unmistakable symbol of Brazilianness.

Few people know, but samba, one of the main cultural symbols of Brazil, had its origins in the Northeast, with Samba de Roda, and not in Rio de Janeiro, which is the birthplace of urban samba.

The rhythm was born in the Bahian Recôncavo and is formed by a cultural mixture of different African rhythms, mixed with Portuguese cultural aspects, such as poetry, dance and playfulness.

This rhythm has its origins in the northeastern hinterland and dates back to the remarkable era of cangaço.

The xaxado is synonymous with joy, but also with war, as it was danced whenever the cangaceiros achieved a victory. The rather suggestive name comes from the noise the sandals made when touching the country floor. 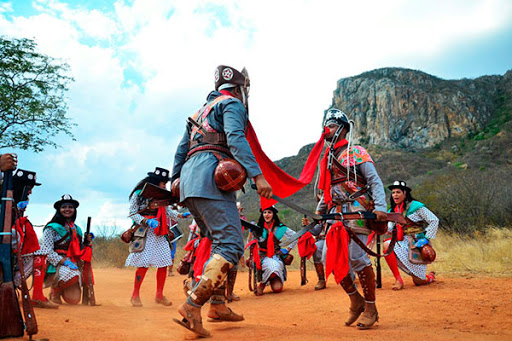 Xaxado is a northeastern music rhythm originating from the sertão and, curiously, it got its name because of the noise the dancers' sandals made during the dance.

The history of xaxado is directly linked to the boom of cangaço, the rhythm marked the moments of glory of Lampião and his troupe. Whenever the cangaceiros achieved a victory, they celebrated in dancing performances on the dirt floor of the sertão.

One of the biggest curiosities about xaxado is that it is only practiced by men in its heyday. The shuffling of sandals was accompanied by songs with satirical lyrics and the thump of rifles on the floor.

You must be wondering: but how did xaxado leave the sertão and become one of the best known rhythms of northeastern music in Brazil?

The answer is simple! One of the greatest symbols of northeastern music, Luiz Gonzaga, the king of the baião, was responsible for the popularization of xaxado in the four corners of the country.

With him, the rhythm won radio, television and stages throughout Brazil.