Cordel literature and woodcuts, a technique of wood engraving, were brought by the Portuguese, but gained personality in Brazil and became a brand in the Northeast.

The work of artist J.Borges unites these two techniques and is recognized around the world.

It was in the world of the sertão that J. Borges, a cordelist and engraver, was born, grew up as a boy and grew up among the writings on the reverse. “Here in the Northeast, because of the purchasing power down there, many artists were created.

Everyone had to live and had no job, nothing, most couldn't even write. And then I went on to write string, to make engravings, clay dolls”, says the artist.

A time of weak lyrics in the sertão, that was how the cordel in the fairs, in the villages, started to carry news, love stories and humor. Many people learned to read with cordel literature.

It was our journalism. I understood about buying and selling the string, in the squares, in the fairs, I got along very well. That's where the need to illustrate arose. Without the illustration on the string, it wouldn't sell. If I only used the lyrics, the people wouldn't buy it”, he explains.

Today the cordel does not bring news, nor news for the people of the sertanejo, rest on the shelves the old man who deceived the devil, the girl who turned into a snake, the naked chick, the great lamp debate with Saint Peter, the misfortune of the greedy horn.

J. Borges hasn't lived on string for a long time, to illustrate the old stories, he taught himself how to make woodcuts: “Xylography is wood engraving and the woodcut is the woodcut artist”.

That's his great art today. In a more artisanal way, he develops his craft and, in cinnamon-colored wood, sculpts the stories of the northeastern hinterland, the landscapes, the animals, the customs of those people.

He sells prints throughout Brazil and usually teaches abroad.

The following video shows, step by step, how to make woodcuts, this ancient technique that, in addition to being beautiful, is a source of income for many of our popular artists. Woodcut - how is it done? 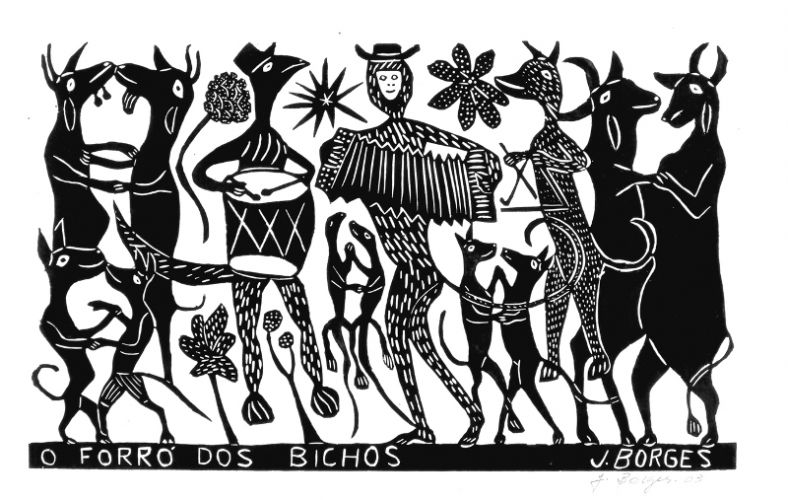 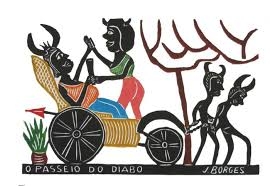 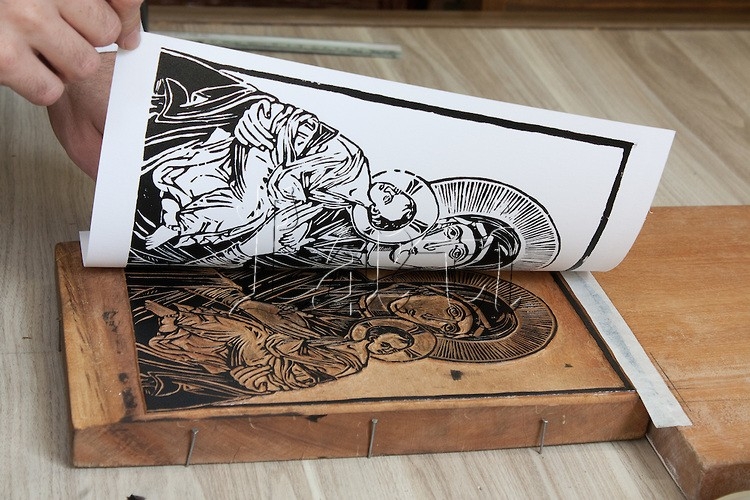 Cordel and Woodcut a partnership that has lasted for over a century! Xylographers and Cordelistas are sides of the same coin, indispensable in the production of leaflets.

This technique, which became so popular in the Northeast, present on the covers of the cordel booklets, is still gaining adherents and admirers of the art, thanks to its cheap cost and simplicity of execution.

It is an ancient technique, of Chinese origin, in which the craftsman uses a piece of wood to carve a design, leaving in relief the part that he intends to reproduce.

It then uses paint to paint the raised part of the design.

In the final stage, a type of press is used to exert pressure and develop the image on paper or other support.

An important detail is that the design is the opposite of what was cut, which requires more work from the artisan.

There are two types of woodcut: wire woodcut and top woodcut that are distinguished by the way the tree is cut.

Woodcutting is very popular in the Northeast region of Brazil, where the most popular Brazilian woodcutters (or woodcutters) are located.

The woodcut was often used to illustrate cordel literature texts.

Some cordelists were also woodcut artists, such as the Pernambuco native J. Borges (José Francisco Borges).

Woodcuts have also been engraved on tile pieces, reproducing smaller drawings. This is one of the techniques that the Pernambuco artisan Severino Borges has used in his work.

Woodcut, which is a technique for reproducing images and texts as well, using a wooden matrix.

The matrix is ​​hand-carved with a burin or other sharp instrument. The high parts that will receive the ink will print the image on the paper.

The oldest engraving was found in China, it was a prayer and dates back to the year 868. Egyptians, Indians and Persians used it to print fabrics.

It was later used as a stamp on sheets of paper for printing Buddhist prayers in China and Japan.

In the West, it began to be used in the late Middle Ages (second half of the XNUMXth century), when it was used in playing cards and sacred images. In the XNUMXth century, wooden boards were engraved with text and image for printing books that, until then, were written and illustrated by hand. With Gutemberg's movable types, woodcuts came to be used only for illustrations.

In Brazil, woodcuts arrived with the move of the Portuguese Royal Family to Rio de Janeiro.

The first woodcuts appeared after 1808 and spread mainly through the capitals, producing playing cards, illustrations for advertisements, books and periodicals, labels, etc.

The first printed cordel pamphlet, or the oldest, that is known is by Leandro Gomes de Barros – 1865-1918).

Woodcut was used for a long time for illustrations in periodicals such as newspapers. An example of this is the Jornal Mossoroense (RN).

One of the oldest newspapers in activity in Brazil, it contained woodcuts such as vignettes and illustrations, prepared by its owner João da Escóssia, considered by this to be the first potiguar woodcut.

Northeastern folk woodcuts gained fame for the quality and originality of their artists. Nowadays, many northeastern engravers sell their prints loose, in addition to continuing to produce illustrations for the covers of the twine.

Almost all popular Brazilian woodcuts, mainly in the Northeast of the country, come from cordel. Among the most important in the collection of Galeria Brasiliana are: Abraão Batista, José Costa Leite, J. Borges, Amaro Francisco, José Lourenço and Gilvan Samico.

José Francisco Borges, considered one of the most important names in Brazilian popular printmaking, made his first woodcut for the pamphlet “The True Warning of Frei Damião (about the punishments to come)”, also authored.

In almost 40 years of his career, J. Borges wrote more than 200 cordéis, which, with the exception of the first, were illustrated by himself. The artist highlights the 1976 engraving “The arrival of the prostitute in heaven” as his most famous work.

His work portrays the daily life of the man of the Northeast, the culture and folklore and the struggle of the people in the life of the sertão. Another frequent theme in J. Borges's cordel and engravings is the cangaço.

Guide and Tourism and Travel from Bahia and Northeast