Pacatuba is a Brazilian municipality in the state of Sergipe. The beautiful story of the foundation of the municipality of Pacatuba, 116 kilometers from Aracaju, would deserve a separate study. As historians say about the lands that make up this municipality, it is located on a vast plateau.

Pacatuba is a flooded plain and there is great biodiversity. There are more than 100 species cataloged, with many fish, mammals, birds and ornamental plants.

The northeastern pantanal, or Sergipe pantanal, was formed over 12 years ago. The region is about 40 km long and can be admired on the route that connects Pacatuba to another beach on the north coast, Pirambu.

The Sergipe Pantanal is part of the Santa Isabel Biological Reserve, which protects the beaches, dunes and lagoons of the region, therefore it is vitally important not to leave traces and garbage on the site.

It is possible to reach the place via the BR-101 via the road to Japaratuba, but to contemplate the beauties of the region it is necessary to go or return to Pirambu along the dirt road.

The most beautiful place is the Mirante do Robalo, where you can see the set of beauties that are in the region.

Region on the coast of Sergipe has its own vegetation and fauna. Species have been little studied or not even inventoried by science.

From sunrise to sunset, Pacatuba, on the north coast of Sergipe, displays enchanting scenarios. The region is located on the border with Alagoas and almost on the banks of the San Francisco river, which flows into the sea a few kilometers from the municipality.

Most of the 14 inhabitants live from fishing, coconut production and livestock. The region has a unique relief, which intersperses hills and flooded plains. To get to the beach, you have to face 20 kilometers of a dirt road and climb some dunes, but the effort is worth it.

The place is so beautiful that it is practically impossible to choose a favorite angle. On one side coconut trees, dunes and on the other side lagoons and sea. But it's not just for the beauty that this part of the coast of Sergipe is important. This region is also fundamental for the survival of some species of Brazilian fauna and flora.

In an area of ​​just 40 square kilometers, Pacatuba has 46 freshwater lakes. Some are permanent, others only fill during the rainy season, so the place was baptized as Sergipe wetland.

Pacatuba has an ecosystem of great biological importance and is very sensitive. The formation of ponds is due to a mixture of factors.

The complex is supplied by two rivers that drain during the rainy season. It rains well during the summer. The soil type in the region absorbs water. The plains amid the undulations of the terrain function as boxes that store this water.

Another important factor: the water table is higher and closer to the surface. And the dunes form a natural barrier, preventing fresh water from flowing into the sea. “It brings the organic matter and ends up maintaining the restinga itself, bringing a dynamic of nutrients that is important”, he says.

There is also a mixture of botanical formations. From the restinga vegetation, which appears in the dunes and in the strip of beach and Atlantic forest, further inland.

In the ponds there are fish and aquatic plants. Creating a great environment for reproduction and survival of various animal species and end up being a nursery, it has the offer of food, brings migratory birds, among other animals.

O Tamar project, which takes care of the preservation of sea turtles along the entire Brazilian coast, says that several species spawn in the region: among them the turtle hawksbill, threatened with extinction, and the olive turtle, the species that most appear on these beaches.

Due to its importance, 5.500 hectares of this area were transformed into a federal conservation unit: the Santa Isabel Biological Reserve. Created in 1988, it protects the beaches, dunes and lagoons.

Videos “Pacatuba and the Sergipano Pantanal” 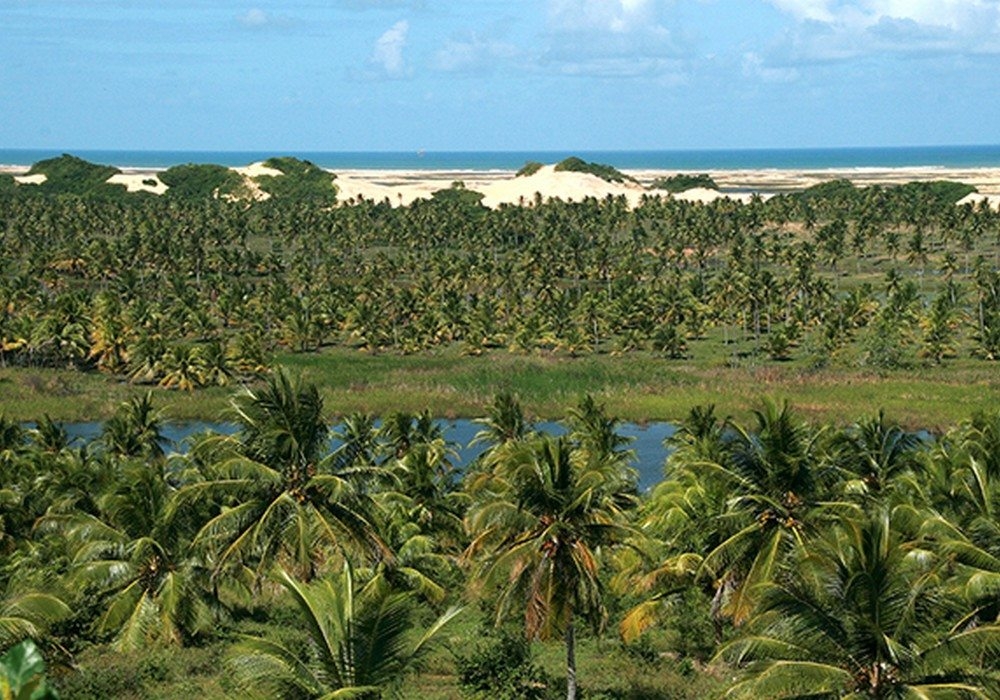 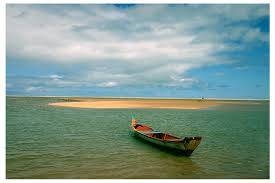 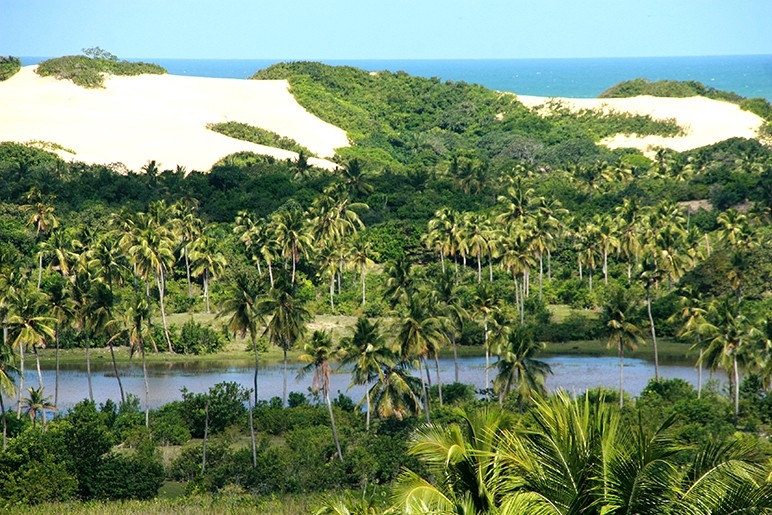 Congombéia is located on the banks of the Betume or Poxim River, where on Sundays the residents of Pacatuba and tourists must pass by to bathe in the waters of the last river that flows into the São Francisco before it reaches the sea. There you can have several drinks and eat the dishes made.

The dunes of Pacatuba are formed along the entire length between Ponta dos Mangues and Santa Izabel. They are paradisiacal dunes, very beautiful propensity for the practice of extreme sports.

The Mirante de Santa Izabel is spectacular, something out of this world, from there you can see the beach, the dunes and the lakes formed between the dunes. There the dunes are very high and the vegetation is intact.

Prainha is another beach in the Ponta dos Mangues village. This beach is a mangrove leg that gives access to the São Francisco River, passing through Ilha do Funil reaching Cabeço.

Ponta dos Mangues beach is 23 km from the city of Pacatuba, in the Ponta dos Mangues village. Despite being a deserted and calm beach, during waves the waves can reach more than 2 meters in height, they are sought after by surfers and tourists seeking contact with nature.

The Pantanal of Pacatuba, is less than two hours from Aracaju. It has one of the most interesting views of the entire Brazilian coast. It is the largest aquifer in the Northeast, where drinking water is abundant. There are 40 square kilometers connected by lagoons and covered by typical plants.

The city of Pacatuba is located about 70 km from the capital Aracaju and the best alternative to go by car will be the BR-101 towards the north of the state, the highway is well signposted and you will have no problems getting to the city of Pacatuba .

There is also a local track passing through Japaratuba, but we do not advise it because it is almost the entire path of clay track, often with quagmire and difficult access sections. It is very common for cars and even buses to get stuck.