Biography of the Bahian Caetano Veloso (Caetano Emanuel Viana Telles Veloso) who never imagined that, leaving a small town in the Recôncavo Baiano, he would be so successful throughout Brazil and would be one of the main expressions of Brazilian Popular Music. But that's what happened.

Caetano Veloso born on August 07, 1942, in Santo Amaro da Purificação, 73 kilometers from Salvador, Caetano Veloso, as he became known throughout the country, already knew, since he was little, what he wanted to be in life: with little more than 4 years old, Maria Bethânia's brother already composed A Tua Presença Morena, revealing his artistic gifts.

However, his musical trajectory with Caetano Veloso really started when he moved with his family to Salvador in the early 60s. and started playing in bars in the city. It was also in Salvador that Caetano met his partner Gilberto Gil. 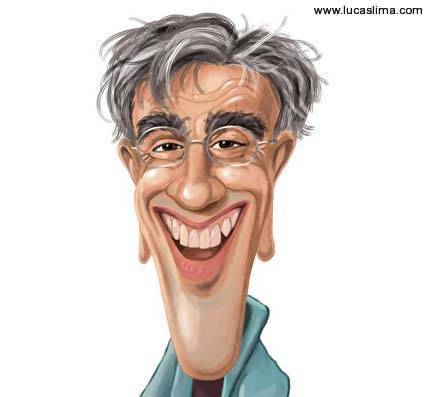 From the result of this friendship came compositions such as On the day I left, Panis et Circenses, São João, Xangô Menino, Haiti, Cinema Novo, Dada, among others.

During this period, too, Caetano Veloso met Gal Costa and Tom Zé, future members of Tropicália. His first musical work was a soundtrack for the play 'O Boca de Ouro', by Nelson Rodrigues.

The same director, Álvaro Guimarães, also invited him to, shortly thereafter, compose the soundtrack for 'The exception and rule', by Bertolt Brecht. These works definitely influenced the future of Caetano, making him decide for the life of singer-songwriter.

The first opportunity as a professional.

Caetano Veloso's professional career began under the influence of his sister Bethânia, who was called to Rio to replace the singer Nara Leão in the show 'Opinião', a success in 1965. At the request of his father Zezinho Veloso, he accompanied his sister.

In the same year, Bethânia recorded É de Manhã, by Caetano Veloso, and the song marked her debut with a simple single. The first album 'Domingo' came only in 1967, in which he sang alongside Gal Costa.

difficult times in the country

Brazil was experiencing moments of repression by the military government. With freedom of expression prohibited, artists tried, at all costs, to break the barriers of censorship. Caetano Veloso was one of those disgusted by the situation the country was going through. Along with Gil, he launched the Tropicalist cultural movement in an attempt to express his nonconformism.

Through mockery, irreverence and improvisation, tropicalism revolutionizes MPB, using foreign elements fused with Brazilian culture (the anthropophagic philosophy of the modernist Oswald de Andrade) and basing itself on the counterculture.

The movement was launched at the TV Record MPB Festival, in 1967, with the songs Alegria, Alegria, by Caetano Veloso, and Domingo no Parque, by Gil, which became anthems of the youth of the time. In 1968, at the height of the movement, Caetano released the album Tropicália, together with Gilberto Gil, Gal Costa and Tom Zé.

The partnership between Caetano Veloso and Gilberto Gil extended beyond music and ended up in the lives of both artists. The clash of ideas with the military dictatorship led to their arrest, in São Paulo, and imposed their exile in England, in 1968.

However, the geographical barrier did not prevent the protests from continuing and, from London, Caetano Veloso sent articles to the newspaper O Pasquim and songs for several interpreters such as Gal Costa, Maria Bethânia, Elis Regina, Erasmo and Roberto Carlos.

Caetano Veloso back to Brazil

In 1972, Caetano Veloso returned to Brazil and went through a moment of high creativity. Until the end of the 70s, many hits like Tigresa, Leãozinho, Odara and Sampa were released. The meeting with former companions Gal, Bethânia and Gil resulted, in 1976, in the formation of the group Doces Bárbaros.

The show toured São Paulo and ten other Brazilian cities, reviving old hits, and resulting in the recording of an LP. In 1993, the partnership with Gilberto Gil was resumed and together they released the album 'Tropicália 2'.

Multimedia, Caetano Veloso also ventured into other forms of art. In 1986, together with Chico Buarque, he led the Globo TV show 'Chico & Caetano', where they sang and brought guests. This television experience helped to break the image that the two musicians didn't get along.

In cinema, he directed the film O Cinema Falado and, as a writer, his debut was Verdade Tropical, in which he gives a personal report on the main aspects and events related to the Tropicalist movement.

Boldness remains a trademark of Caetano Veloso. Proof of this is the CD 'A Foreign Sound', released in 2004, with re-recordings of American songs.