Gilberto Gil is one of the greatest personalities in Brazilian music, recognized worldwide. His international career has already earned him a Grammy in the Best World Music Record category in 1998 and a Latin Grammy in 2003.

Gilberto Gil (Gilberto Passos Gil Moreira) was born in Salvador and spent his childhood in Ituaçu, in the interior of Bahia, where he became interested in music while listening to Orlando Silva and Luiz Gonzaga.

Gilberto Gil at age 9, moved to Salvador and began to learn accordion. At 18, he formed the group “Os Desafinados”. In the late 1950s, influenced by João Gilberto, he started playing the guitar.

While studying business administration, he learned about contemporary classical music. In 1962, he recorded his first solo single and met Caetano Veloso, Maria Bethânia and Gal Costa. The following year, with Tom Zé joining the group, they performed the show “We, for example”, at Teatro Vila Velha, in Salvador.

Soon after, Gilberto Gil moved to São Paulo, where he worked at the Gessy-Lever company. At that time, he met Chico Buarque, Torquato Neto and Capinam. 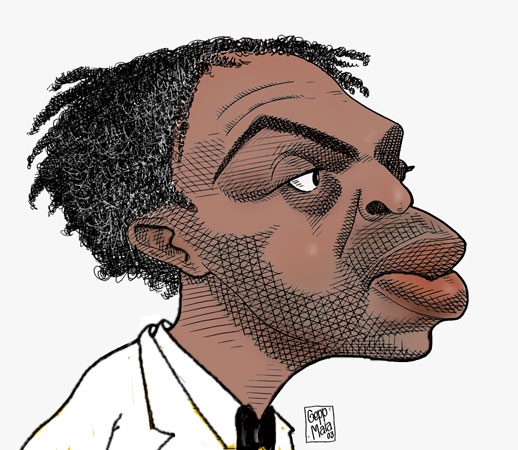 In 1965, he sang the song “Iemanjá” at the 5th Festival da Balança, promoted by the Academic Directory of the Mackenzie University Law School, which was recorded by RCA.

Gilberto Gil became known on the television program “O Fino da Bossa”, directed by Elis Regina, where he presented, among others, his compositions “Eu Vim da Bahia” and “Louvação”. With success, he left his job and signed a contract with Philips, which released their first LP, “Louvação” in 1967.

In Rio de Janeiro, Gilberto Gil participated in festivals on Record and TV Rio and even had his own show on TV Excelsior, “Ensaio Geral”.

At the 3rd Festival da Record, in 1967, Gilberto Gil presented “Domingo no Parque” accompanied by Mutantes, and won second place.

“Alegria, Alegria”, by Caetano Veloso, came in fourth and formed, together with “Domingo no Parque”, the embryo of the tropicalist movement, which mixed elements of the cultural industry and materials from the Brazilian tradition.

Unlike Bossa Nova, tropicalismo had a critical proposal, showing a concern with the country's social problems.

In 1969, Gilberto Gil and Caetano Veloso were labeled “subversives” by the military regime and went into exile in England. They returned to Brazil in 1972. Gil released “Expresso 2222” and “Refazenda”.

Gilberto Gil worked with Jimmy Cliff and in 1980 he released a Portuguese version of the reggae “No Woman, No Cry” (“Don't cry mais”) success by Bob Marley.
In 1993, with Caetano Veloso, he released “Tropicália 2”, which included the rap on the track “Haiti”.

Between the albums “Quanta” and its live version, “Quanta Gente Veio Ver”, he released “O Sol de Oslo”, by the Pau Brasil label. In 2000, the partnership with Milton Nascimento resulted in the album “Gil e Milton”.

Among his many hits, the biggest were “Preciso Aprender a Só Ser”, “Eu Só Quero um Xodó” (Dominguinhos/ Anastácia), “Punk da Periferia”, “Parabolicamará”, “Sítio do Pica-pau Amarelo”, “Soy Loco por Ti América” (with Capinam), “Realce”, “Toda Menina Baiana”, “Drão”, “If I Want to Talk to God” and many others.

From 1989 to 1992, Gilberto Gil was a councilor at the Salvador City Council for the Green Party. On January 2, 2003, he took office as Minister of Culture, in the government of Luiz Inácio Lula da Silva, from which he resigned in July 2008, to dedicate himself to his artistic career.