Ivete Sangalo was born in Juazeiro, in the interior of Bahia, into a family of musicians. He started singing when he was still a child and, at school, he took advantage of the breaks to play the guitar.

At family soirees, he was in charge of percussion. She came to live in Salvador at the age of 17, having worked as a model, but she couldn't resist the passion for music that had always been her dream.

He started, like most, playing in bars and then performed some shows in cities in the interior of Bahia, even performing in Pernambuco. In his hometown, he was invited to open the show by Geraldo Azevedo, at the theater of the João Gilberto culture center.

Back in the capital of Bahia, she was invited to participate in a micareta in the city of Morro do Chapéu. 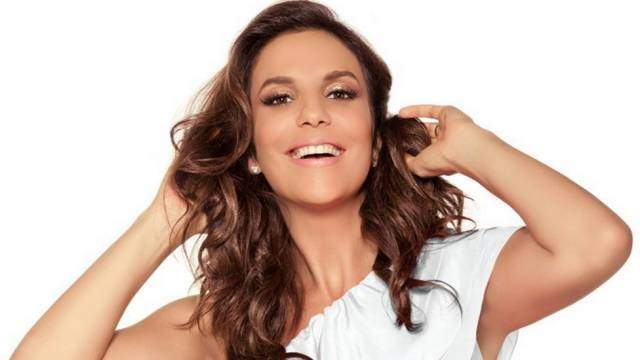 There, he met producer Jonga Cunha, founder of Bloco Eva. Ivete's reign in Banda Eva had begun, with which he released six albums, selling more than four million copies.

Currently, Ivete Sangalo, with her solo career, has reached the mark of 6.500.000 albums sold so far. Before, in 1992, the artist won the Dorival Caymmi trophy for best interpreter.

Her solo career officially began at the end of Ash Wednesday 1999, her last carnival with Banda Eva. Between April, May and June of that year, she recorded the 14 tracks of her debut solo CD, Ivete Sangalo.

Then, he released Beat Beleza, starting his national tour in Salvador. She always starts in the capital of Bahia, as she insists, in the same exhibition park, where at the end of 2001 she released her third solo CD Festa.

In 2005, THE SUPERNOVAS. Like everything that takes the touch of Ivete, the new album is fun, spontaneous, extroverted, but at the same time sensual, as you can see from the photos and the cover, which was inspired by characteristics from the 70s and 80s.

In 2006, Ivete Sangalo received the awards for Best Singer and Best Song for the great ballad QUANDO A CHUVA PASSAR, a success in Brazil and Portugal by Domingão do Faustão.