Rual Seixas is from the same region and generation as Gilberto Gil, Caetano Veloso and Gal Costa, among many others who defined the movement called Tropicália. Unlike them, Raul had, in his childhood, greater contact and assimilation of rock and roll by virtue of being a neighbor and friend of children of American families who worked for the American consulate in Bahia.

Rual Seixas soon became an ardent fan of Elvis Presley, founding at the age of 14 a Brazilian fan club of the singer (Elvis Rock Club). However, those who think that Raul rejected Brazilian culture by adopting rock and roll are mistaken; he hated bossa nova but added elements of northeastern music to his rock, such as baião, xaxado, brega music.

Raul Seixas, a relapsed student (he repeated the second grade several times) despite being very intelligent and a voracious reader, quickly tires of school and decides to become a musician. In 1962, amidst the bossa nova movement that was exploding in Brazil, Raul formed his first band, Os Relâmpagos do Rock, which later would have its name changed to The Panthers and finally Raulzito e os Panteras. The formation of the group included Raul (vocals and guitar), Thildo Gama, Perinho (guitar), Mariano Lanat (bass), Carleba (drums) among others. He soon drops out of law school. 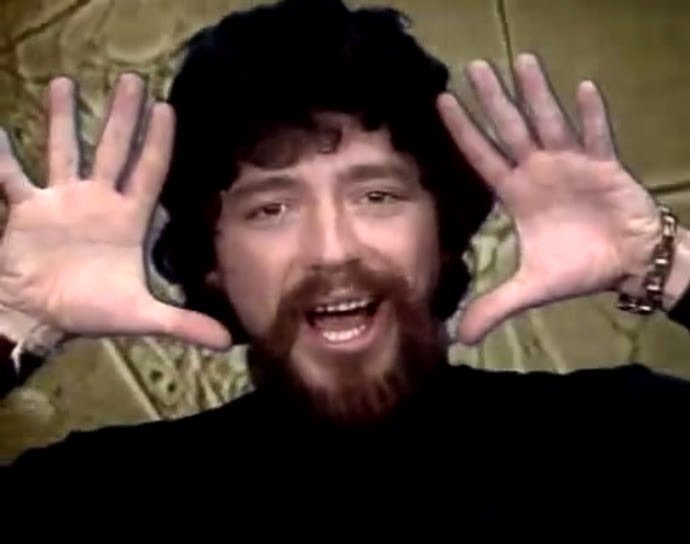 They record a single that would be distributed to radio with two songs (being an Elvis Presley version). They perform in clubs and sometimes on radio and TV. They began to form fame as a local expression of the Jovem Guarda movement at the time (led by Roberto Carlos, Jerry Adriani, Erasmo Carlos, Wanderléa, etc., in turn, Brazilian versions of the Beatles' success).

Rual Seixas, with the support of Jerry Adriani, goes on tour in Brazil with the Panteras (opening the shows of the first one) and records in 1968 his first LP, self-titled. With no repercussions at the national level, Raul returns to Salvador, possibly intending to abandon music. He would leave Bahia again to pursue a career as a producer at CBS, where he would produce and compose for Jerry Adriani, Renato and His Blue Caps, Trio Ternura, Sérgio Sampaio, among other stars of the time. He would lose this job for producing and spending money without the knowledge of his superiors in the pressing of his second LP, Society of the Great Kavernist Order Presents Session of Ten.

In 1972, Rual Seixas achieved the much desired national repercussion, classifying two songs in the Festival Internacional da Canção, an event of great repercussion organized annually by Rede Globo, a music contest. Raul Seixas participated with Let Me Sing Let Me Sing (which would reach the finals) and Eu Sou Eu Nicuri é o Diabo. The good acceptance earned him his first contract with a record label, Philips Phonogram. He released a single of Let Me Sing Let Me Sing and the LP collection of covers 24 Greatest Hits of the Age of Rock (which doesn't even bear the name Raul, being released under the name of a band Rock Generation). The second single, Ouro de Tolo, was his first big hit.

In 1973, the LP Krig-Ha Bandolo! presenting the first partnerships between Raul Seixas and his esoteric studies partner Paulo Coelho. They began to form in partnership the Alternative Society group, anarchist, based on the doctrine of Aleister Crowley and also destined for esoteric studies. They would even think of building the alternative Cidade das Estrelas community in Minas Gerais. The movement was however considered subversive by the military government. Raul Seixas (who apparently went through torture sessions), Paulo and their respective wives (Edith and Adalgisa) were exiled in the United States. Raul would come to know during his exile some of his idols, Elvis Presley, John Lennon and Jerry Lee Lewis.

They returned to Brazil in 1974 amidst the success of their second LP, Gita, possibly its greatest sales and repercussion release, earning gold records and participating in the soundtrack of the soap opera O Rebu. Philips even re-released 24 Biggest Hits… under a new name, 20 Years of Rock and this time under the name of Raul. Then followed LPs of great repercussion, Novo Aeon, 10 Thousand Years Ago (the last one in partnership with Paulo Coelho), Raul Rock Seixas, O Dia Em Que a Terra Paraou.

In the early 80s, Raul Seixas began to show health problems due to excessive alcohol consumption. However, he never stopped releasing albums and projects, Mata Virgin, Por Quem os Sinos Dobram, Abre-te Sésamo. He began to suffer from chronic hepatitis from drinking and was on a hiatus from contracts and shows.

After the drop in sales on the last records and a long boycott of record labels, Rual Seixas hit again in 1978 with the song Carimbador Maluco from the LP Raul Seixas, part of the children's special Plunct Plact Zumm on Rede Globo. This was followed by the albums Metrô Line 743, Uah Bap Lu Bap La Bein Bum (with what would be his last big hit, Cowboy Fora da Lei) and A Pedra do genesis (which should have been just part of a bigger project called Opus 666 that was not released).

On August 21, 1989, just two days after the release of A Pot of the Devil, Raul Seixas dies of a heart attack due to problems caused by drinking. Interestingly, after his death, his talent is more recognized than ever, gathering more and more followers every day, posthumously releasing unpublished records and collections, all of them best sellers.

In his career, Raul Seixas, was a pioneer in mixing all kinds of musical influences with rock and roll, walking and adding with ease and without prejudices northeastern rhythms (Raul Seixas's Adventures in the City of Thor), folk in the Bob Dylan style (Golden de Tolo), brega music (Sessão das 10), umbanda (Mosca na Sopa).

In his lyrics, Raul Seixas approached with equal aplomb themes as different as human feelings, criticism of the system, esotericism and agnosticism. His message is often implicit in lyrics that can be labeled silly by the less perceptive (see the lyrics by Stampador Maluco) and at other times it is pure poetry (as in Canção Para Minha Morte).

Bahia.ws is the largest tourism and travel guide for Bahia and Salvador