Costa do Cacau is always marked by the exuberant presence of the Atlantic Forest and comprises the municipalities of Ilhéus, Itabuna, Uruçuca, Itacaré, Una, Canavieiras and Santa Luzia.

Tourism in the Cocoa Coast

Costa do Cacau is one of the tourist destinations located in the State of Bahia, characterized by the presence of cocoa plantations and the Atlantic Forest, with kilometers of beautiful beaches, waterfalls with clear and mineral waters, centenary trees, the greatest biodiversity in the world, natural nursery with exuberant fauna, multicolored birds, trails lead to natural sanctuaries, caves, lakes and little visited beaches, many still deserted and modern tourist infrastructure with luxury hotels, bars and restaurants and high quality beach huts.

Historic cities in Costa do Cacau such as Ilhéus offer, in addition to state-of-the-art services, beautiful beaches and the corners described by its most illustrious writer, Jorge Amado, creator of Gabriela, the greatest symbol of the beautiful and hospitable way of its dark and cheerful people. The Olivença Hydromineral Resort, in the district of Ilhéus, where you can enjoy the place all year round.

In Tororomba Balneário are the sources of ferruginous and medicinal waters that revitalize the body, hydrate, tone and rejuvenate the skin, giving a natural tan. Itacaré, 70 km north of Ilhéus, is bathed by streams, especially the Rio de Contas, which rises to the south of the Chapada Diamantina.Una is the only natural habitat of the golden-headed lion tamarin, a primate that is strongly threatened with extinction . On the Ilha de Comandatuba, where an international hotel complex is located, and the Ilha da Fantasia beach resort.

Sugarcane plantations in Costa do Cacau still stand out as the largest fishery for bass and merlin in Brazil, which attracts sports enthusiasts to the place.

Itabuna is a regional center of commerce, industry and services and is the birthplace of writer Jorge Amado.

Santa Luzia is home to caves, rivers, waterfalls, wells, lakes and rock walls. At the beginning of the century, the search for monazite sands led to diamonds from Salobro, the largest diamond exploration in southern Bahia, as the Ecotourism Route of Costa do Cacau. Santa Luzia, because the waters that bathed the town were dark, the municipality of Uruçuca emerged.

In this municipality are the Itacaré / Serra Grande Environmental Protection Area and the Serra do Conduru State Park, the third largest biodiversity in the world and numerous attractions, such as: Fazenda São Tomé, Cachoeira do Zé Maria, Poço do Robalo, Represa de Serra Grande, all beaches are located in the Serra Grande district. 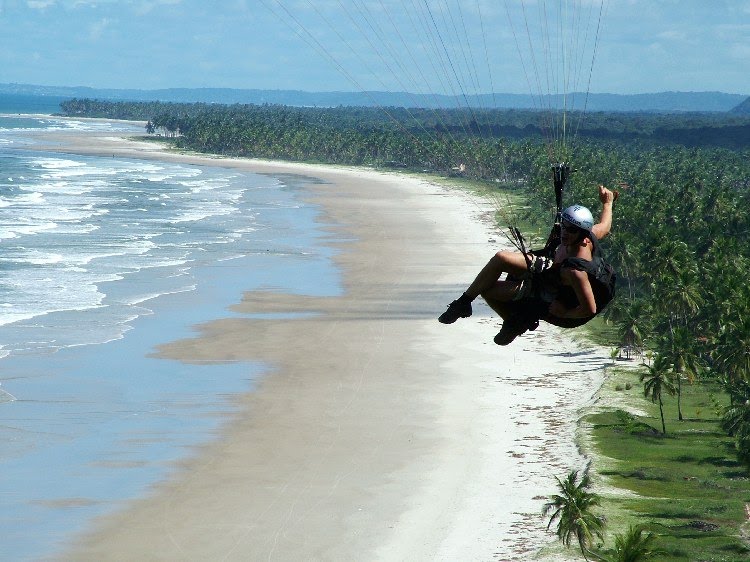 Serra Grande is a district in the Bahia municipality of Uruçuca on the Costa do Cacau, located 43 km from Ilhéus and 30 km from Itacaré. A small and quiet village located in the heart of the most ecological road on the south coast of Bahia, with white sand beaches full of […] 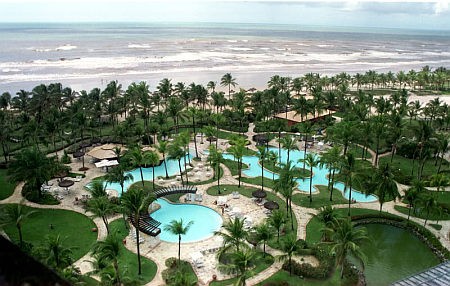 The municipality of Una on the Costa do Cacau in Bahia has lush beaches, rivers, black mud baths, Atlantic forest and the rapids of the Una river. The beautiful beaches of Una, almost unexplored, are bordered by ample coconut groves. The colonization of the region, which was part of the Captaincy of Ilhéus, began with […]

Itacaré in southern Bahia has small, charming coves surrounded by hills covered by coconut trees and by the Atlantic forest. With rivers, waterfalls, mangroves and a lot of virgin forest, this natural setting is perfect for hiking and adventure sports such as rafting, rappelling, hang gliding, zip line, canopy tours… When […]

Itacaré stands out for presenting a lot of history in contrast to nature, details capable of seducing any more adventurous traveler. The buildings in the city of Itacaré are marked by mansions and churches, filled with Bahian luxury. In terms of adventure and fun, the highlight goes to sports such as […]

Report about Itacaré in Bahia

Itacaré has an enchanting landscape, formed by a sequence of beaches, whose nature is still practically untouched by man, with hills covered by forests and many coconut trees. It is the first beach on the “Costa do Cacau”, on the coast of Bahia, south of Salvador. Situated between the sea and the Atlantic Forest, […]

Itacaré has beaches, waterfalls, rainforest and history in Bahia

Itacaré, in southern Bahia, is a place for those seeking peace and full contact with nature. But the tourist city, which is part of the Cocoa Coast, also welcomes those who live in search of adrenaline and extreme sports. Perfect waves, like those at Tiririca beach, attract surfers […]