The Coconut Coast Tourist Area comprises the entire northern coast of the State of Bahia, Brazil, extending for one hundred and ninety-three kilometers. In the State, between the Tourist Area of ​​Baía de Todos os Santos and the State of Sergipe, that is, from Ipitanga to Mangue Seco.

On the Coconut Coast you can find Praia do Forte, Porto Sauípe and Parque das Dunas in Mangue Seco.

It is served by the Deputado Luís Eduardo Magalhães International Airport, from where the region is reached by the ecological route called Linha Verde, parallel to the coast.

The Casa da Torre or Castelo de Garcia d'Ávila served as the basis for the colonization of the north coast and the expansion of cattle raising in the Northeast region of Brazil, shaped like a kind of fief.

Garcia D'Avila's allotment located, from Bahia to Maranhão, within an area of ​​about 800 thousand square kilometers, equivalent to 1/10 of the Brazilian territory today, which is equivalent to the areas, added, of Portugal, Spain, Netherlands, Italy and Switzerland[1] .

The Coconut Coast is crossed by the BA-099 in its two stretches the Estrada do Coco and its extension to the Linha Verde equipped with numerous means of accommodation in a total of 11.611 beds, according to the SCT.

The region is famous for its coconut trees, which adorn the nearly 200 kilometers of beaches, as well as rivers, lakes, small waterfalls and mangroves that help balance the marine fauna.

Tourism and Travel Guide of Coconut Coast in Bahia 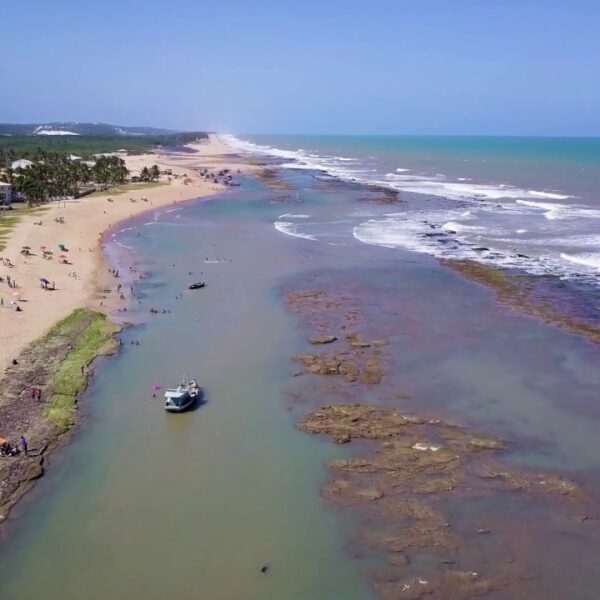 Subaúma Beach belongs to the Entre Rios municipality, in Bahia, and is one of the most famous beaches on the Coconut Coast. It is located on the Linha Verde, 119 km from Salvador. Subaúma is one of the most popular beaches in the region for its beauty and pleasant climate. In Subaúma, you will find a simple village, […] 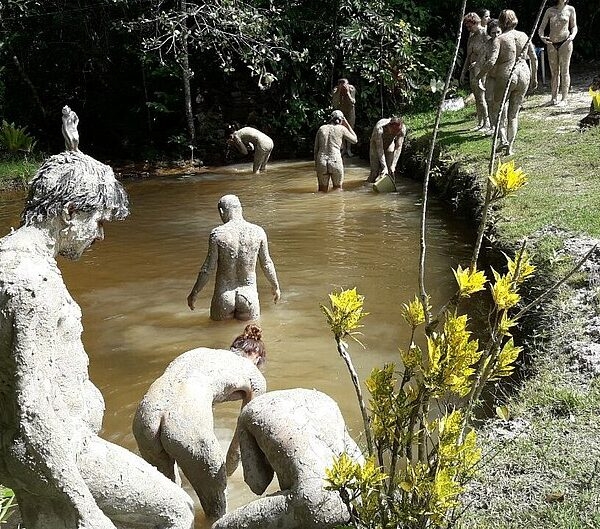 Naturism at Massarandupió beach and EcoParque da Mata in Bahia

Praia de Massarandupió and EcoParque da Mata are in the Bahia municipality of Entre Rios on the Costa dos Coqueiros is one of the eight Brazilian beaches where the practice of naturism is regulated. Brazil has eight other naturism beaches, they are: Praia de Massarandupió, Praia do Abricó, in […] 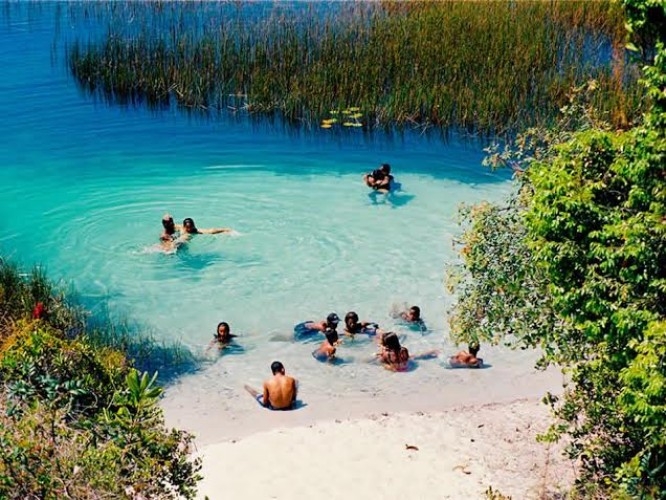 Baixio village on the north coast of Bahia is known for its calm and cozy climate, the small district of the Esplanada municipality grew around a single farm where three lake-shaped treasures with suggestive names are inlaid: Azul, Verde and da Panela . The village inspires […] 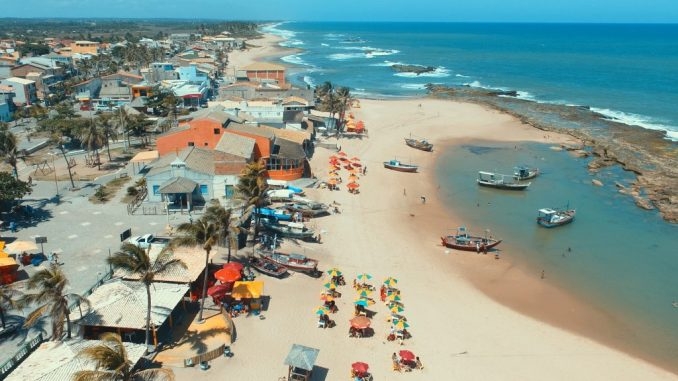 Arembepe has the most famous hippie village in Brazil

Arembepe is approximately 30 km from Salvador, heading north. The most famous hippie village in Brazil is in Arembepe, located in a district of Camaçari on the Costa dos Coqueiros, a municipality that has beautiful beaches and one of the largest petrochemical centers in the country. Its beauty has already enchanted personalities […] 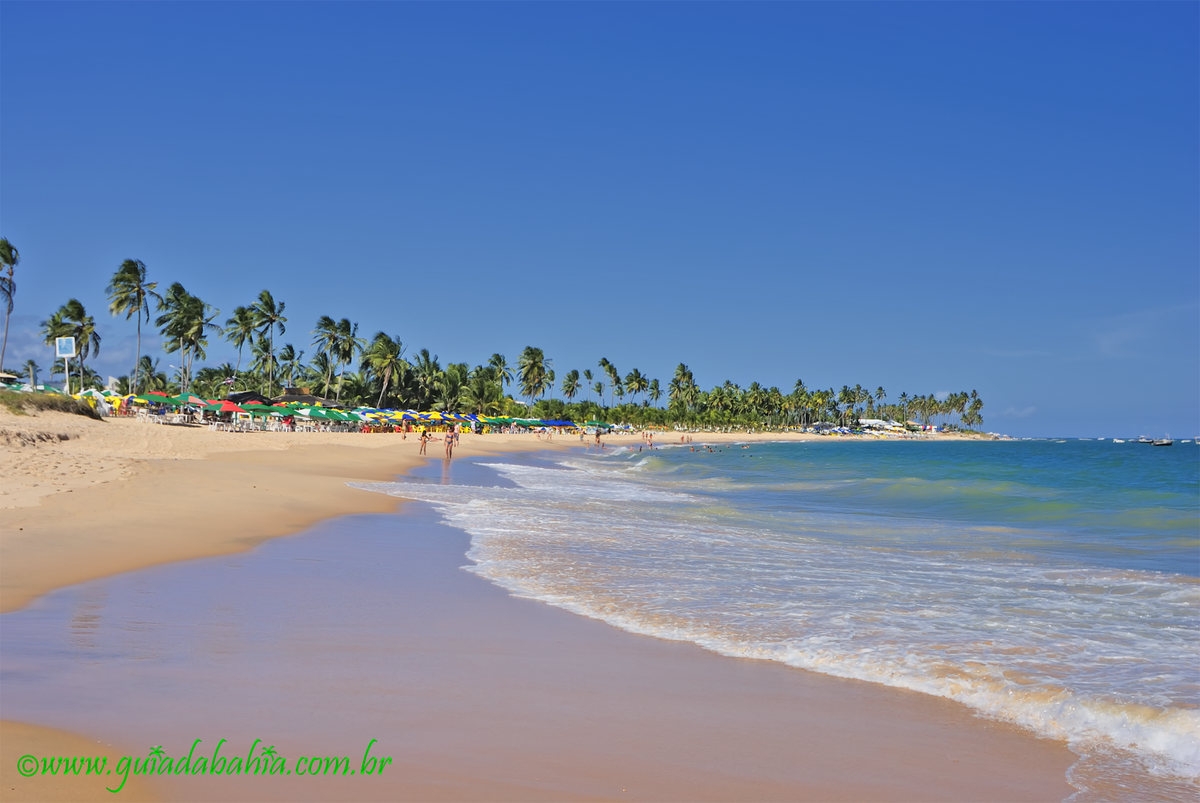 Guarajuba beach is an enchanting destination in Bahia

Guarajuba beach, a charming and excellent destination for fishing and diving, in other words, ideal for both the more adventurous and the more peaceful. Guarajuba Beach is located on the north coast of Bahia, in the District of Camaçari, approximately 42 km from Salvador and […] 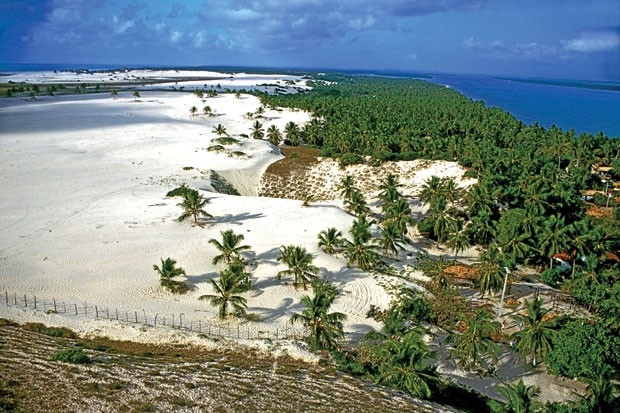 Mangue Seco has dunes, typical food and a buggy ride

Mangue Seco is a small fishing village in Jandaíra, a Brazilian municipality in the state of Bahia, it is the last beach on the far north of the Bahia coast, bordering the state of Sergipe (population does not exceed 200 inhabitants). The beauty of Mangue Seco was well portrayed in the telenovela Tieta, […]