Bahia, Salvador and Nordeste have a very diverse culture, history and religion and architecture within Brazil and have the most typical popular cultural manifestations, as well as music.

Northeastern culture is quite diverse, as it was influenced by indigenous peoples, Africans and Europeans. Customs and traditions often vary from state to state.

Since the northeast was the first region effectively colonized by the Portuguese, still in the XNUMXth century, who found the native populations there and were accompanied by Africans brought as slaves, the northeastern culture is quite particular and typical, although extremely varied.

Its base is Luso-Brazilian, with great African influences, especially on the coast from Pernambuco to Bahia and Maranhão, and Amerindians, especially in the semi-arid backlands

In northeastern literature, one can cite popular cordel literature dating back to the colonial period (cordel literature came with the Portuguese and has its origins in the European Middle Ages) and numerous artistic manifestations of a popular nature that are manifested orally, such as the sudden and embolada singers.

In classical music, Alberto Nepomuceno and Paurillo Barroso stood out as composers, as well as Liduíno Pitombeira from Ceará today, and Eleazar de Carvalho as conductor.

Northeastern rhythms, music and melodies have also inspired composers such as Heitor Villa-Lobos (whose Bachiana Brasileira nº 5, for example, in its second part – Dança do Martelo – alludes to the Sertão do Cariri).

In the popular music of the northeast, rhythms such as coco, xaxado, hammer agalopado, samba de roda, baião, xote, forró, axé and frevo, among other rhythms, stand out.

The armorial movement of Recife, inspired by Ariano Suassuna, did an erudite work of valuing this popular Northeastern rhythmic heritage (one of its best-known exponents is the singer Antônio Nóbrega).

In the northeastern dance, maracatu, practiced in several parts of the Northeast, the frevo (characteristic of Pernambuco) the bumba-meu-boi, the xaxado, several variants of forró, the tambourine (characteristic of Maranhão) stand out. ), etc.

Handicrafts in the Northeast are also an important part of the cultural production of the Northeast, including the livelihoods of thousands of people throughout the region.

Due to the regional variety of handicraft traditions, it is difficult to characterize them all, but the hammocks woven and sometimes embroidered in great detail stand out; products made from clay, wood (for example, from carnauba, a tree typical of the sertão) and leather, with very particular traits; in addition to lace, which gained prominence in Ceará handicrafts.

Another highlight are the bottles with images made by hand in colored sand, an item produced for sale to tourists. In Maranhão, handicrafts made from buriti fiber (palm tree) stand out, as well as handicrafts and products from babaçu (palm tree native to Maranhão).

Caboclinho spear from Maracatu Rural. The caboclo de lance is one of the symbols of Pernambuco culture.

Seafood and fish are widely used in coastal cuisine, while in the hinterland, recipes that use meat and derivatives of cattle, goats and sheep predominate. Even so, there are several regional differences, both in the variety of dishes and in the way they are prepared (for example, in Ceará, mucunzá – also called macunzá or mucunzá – salty predominates, while in Pernambuco, sweet predominates).

In Bahia, the main highlights are foods made with palm oil and shrimp, such as moquecas, vatapá, acarajé and bobós; however, foods accompanied by mush, such as mocotó and oxtail, and sweets such as cocada, are no less appreciated.

In Maranhão, there are cuxá, cuxá rice, bobó, stone fish and shrimp pie, in the Maranhão style.

Also in Maranhão, the soda Jesus or Guaraná Jesus stands out, which is part of Maranhão's heritage.

The bolo-de-rolo is an intangible heritage of Pernambuco. Some typical foods of the region are: baião-de-dois, carne-de-sol, coalho cheese, vatapá, acarajé, chapada and buchada, hominy, beans and coconut rice, beans verde and sururu, as well as various sweets made from papaya, pumpkin, orange, etc. Some regional fruits – not necessarily native to the region – are ciriguela, cajá, buriti, cajarana, umbu, macaúba, fruits from Maranhão, juçara, bacuri, cupuaçu, buriti, murici and pitomba, in addition to others that are also common. in other regions. 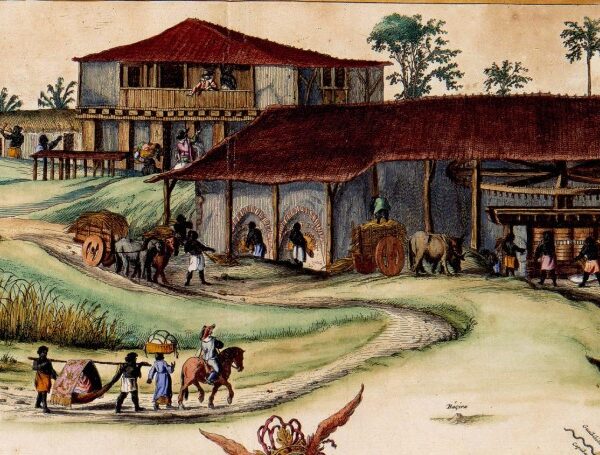 History of sugar mills in Pernambuco – Beginning and End

Since the beginning of Brazilian colonization, Portugal sought to use the experience gained in the production of sugar in the islands of Madeira and the Azores to implement white gold, as sugar was then known, in the vast Brazilian lands, due to its high value in the European market. The official manufacturing facility […] Shipwreck of the Galeão Sacramento in Salvador BA

Salvador is home to some of the oldest fortifications and lighthouses on the American continent, such as Forte de Santo Antônio da Barra or Farol da Barra, one of the main postcards of the city. Dating back to 1534, even before the founding of the country's first capital in 1549, what is now a […] The colors of the facades of the houses and buildings preserve the identity of the Northeastern colonial architecture. Many houses, buildings, mainly churches, monasteries, squares and streets, date from the time when Brazil was colonized mainly by the Portuguese. In addition, several other peoples, such as the Dutch, Jews, English, French, Arabs, Spaniards, Russians and Africans […] 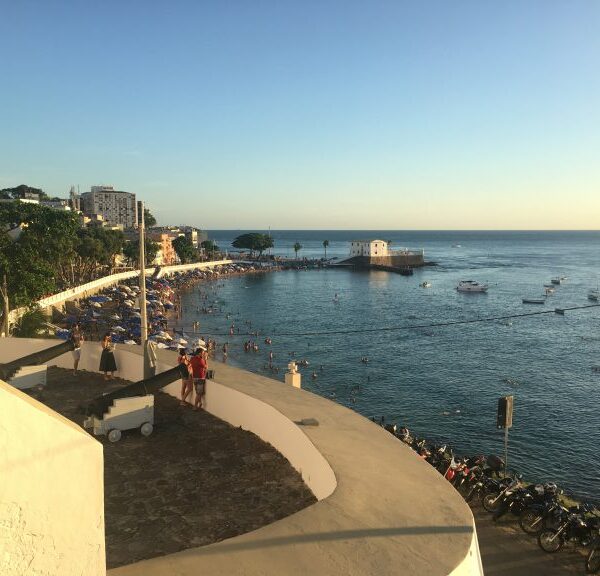 The highlight of the fortifications in the landscape of the city of Salvador certainly represents the imposition of the tactical and strategic need for their positioning in an elevated location, with privileged visibility to the surrounding areas. But the military engineer who designed and built them cannot be denied the aesthetic sensibility that he assimilated […] 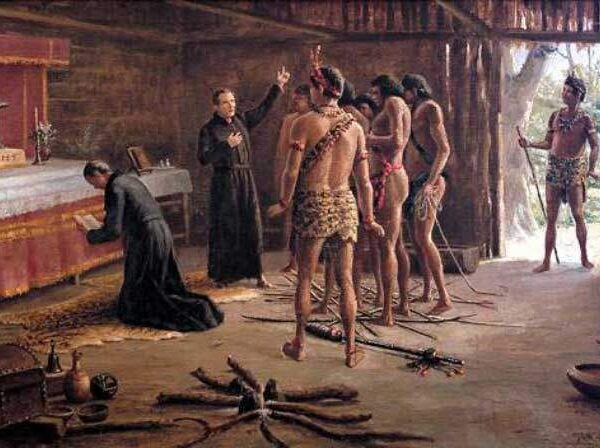 Brazil as a Portuguese colony became the new India for the Iberian country. What at the time of its discovery was just a coastline that showed no signs of wealth turned out to be more than that. Products such as wood, slaves, sugar in the first place came to reveal the […]