The Discovery Coast comprises the municipalities of Porto Seguro, Santa Cruz Cabrália and Belmonte and has several natural attractions such as beaches, bays, coral reefs, mangroves, navigable rivers and the history of the discovery of Brazil.

Tourism on the Discovery Coast

The Discovery Coast, located in the extreme south of Bahia, reserves pleasant surprises, causes emotions to the visitor and increases the desire to rediscover Brazil.

The Discovery Coast has beaches, bays, coves, cliffs, coral reefs, mangroves and navigable rivers; the region has favorable conditions for the practice of adventure tourism and ecotourism, as well as reserves ideal spots for the practice of diving, windsurfing, surfing, kite surfing, trekking, horseback riding, among others.

The second largest tourist destination in the state, it has an international airport located in Porto Seguro, in addition to paved roads and regular air and road transport services.

In Porto Seguro, beaches on the North coast such as Itacimirim, Mundaí and Taperapuã are visited by tourists from all over the world who delight in the warm waters of this paradise, where it is easy to find good bars, restaurants and leisure options that even include incredible ultralight and helicopter rides. and parachute; not to mention beach bar structures that resemble real tourist complexes, with lambaerobic classes, live music, covered parking, sports courts, restaurants, ice cream parlors, boutiques and craft stores that are open all year.

To the south, you will enjoy enchanting scenarios with beaches hidden amidst natural wealth and beach spaces that combine rustic with refinement and extreme good taste.

This coastline comprises Arraial D'ajuda, Trancoso and Caraíva, among the most visited beaches are: Delegado, Mucugê, Parracho, Pitinga and Taipe beaches in Arraial D'ajuda, Nativos dos Coqueiros and Nudism beaches in Trancoso and who visits Caraíva cannot miss Espelho beach, which, located in the middle of a cliff, is among the ten most in Brazil.

On the Discovery Coast you can also find the beaches of Santo André, das Tartarugas and Santo Antônio, which are also very popular.

The region is home to a preserved historic-architectural complex that dates back to the beginnings of Brazilian History, as well as stunning ecosystems and landscapes.

Tours such as the historic site of the upper city where the discovery landmark is located and churches from the XNUMXth, XNUMXth and XNUMXth centuries, as well as a visit to Coroa Vermelha, the place where the first mass was celebrated in Brazil, are essential.

In this region, there are three national parks – the Descobrimento, the Monte Pascoal and the Pau Brasil – in addition to environmental protection areas and indigenous reserves.

Indigenous handicrafts and traditions such as reisado, pastoral dances, mast pulling and mandus are preserved elements of the rich and diverse local culture.

At night, the scene turns into intense agitation and night entertainment is also a highlight. Concert halls, beach stalls and nightclubs offer visitors pleasant parties that always end at dawn.

For over 500 years, this region has been visited by several trailblazers, in search of the most unusual products.

Nowadays, trailblazers are better known as “tourists”, who seek high doses of adrenaline and a lot of history, in a scenario composed of sun, sea and a lot of joy.

Tourism and Travel Guide of the Discovery Coast in Bahia 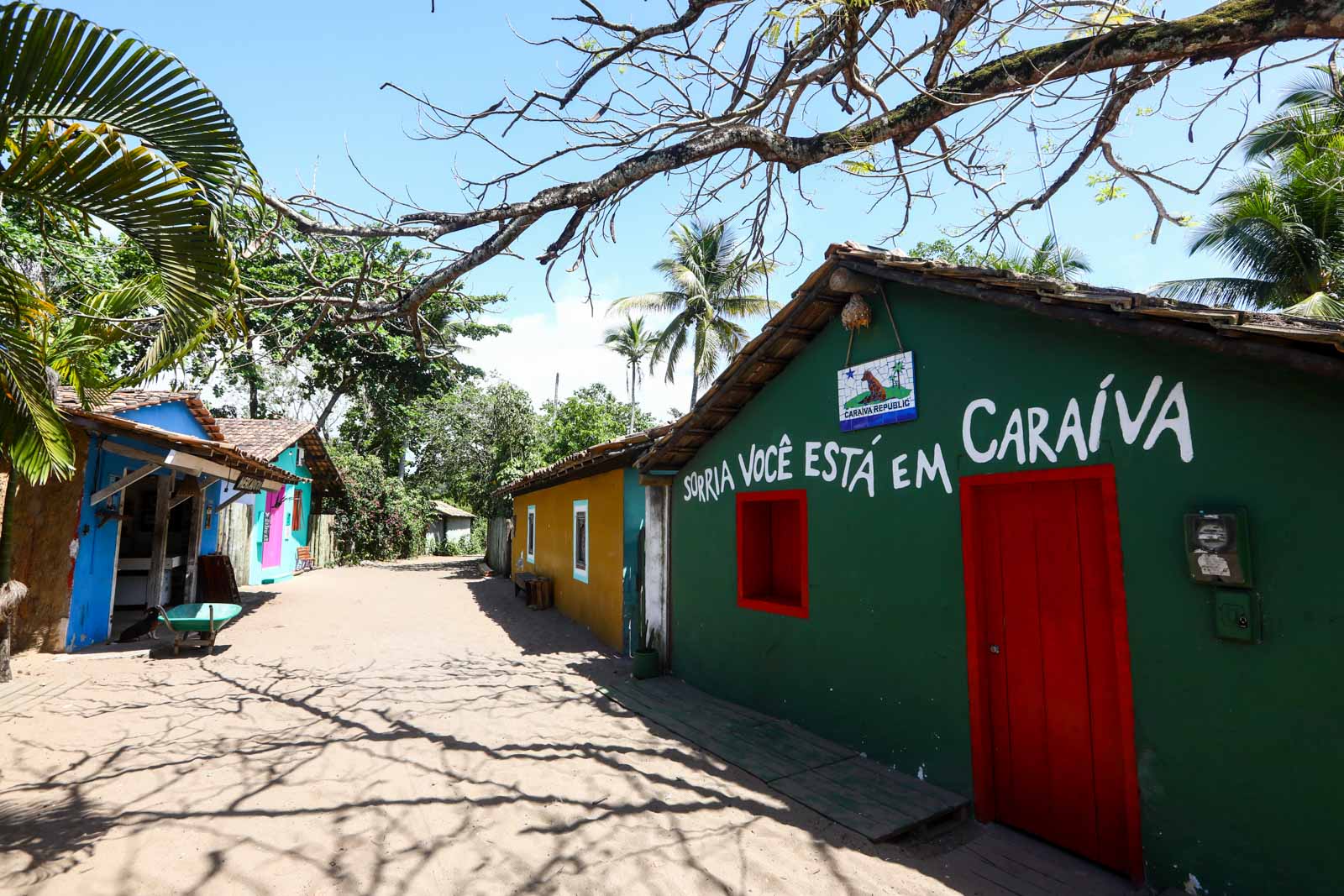 Caraíva is a seaside village located amidst the spectacular South Coast of Bahia. 70 km away from Porto Seguro International Airport, still little known among tourists and renowned as a rustic destination. South of Arraial d'Ajuda, is Caraíva, a secluded paradise and gateway to […] 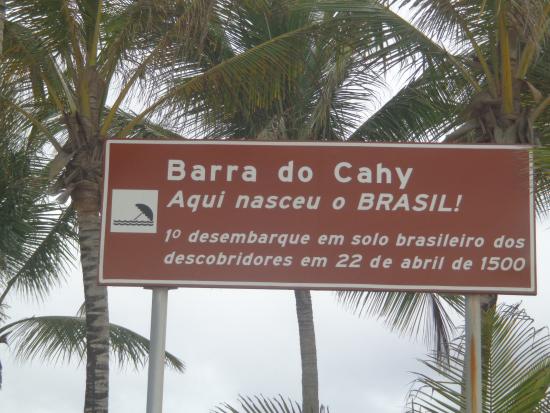 Barra do Cahy is located in the municipality of Prado, on the coast of Costa das Baleias in the extreme south of Bahia. In addition to the city of Prado, with 84 km of beaches and pure natural beauty, the district of Cumuruxatiba and the village of Corumbau stand out. The neighboring municipalities of Prado […] 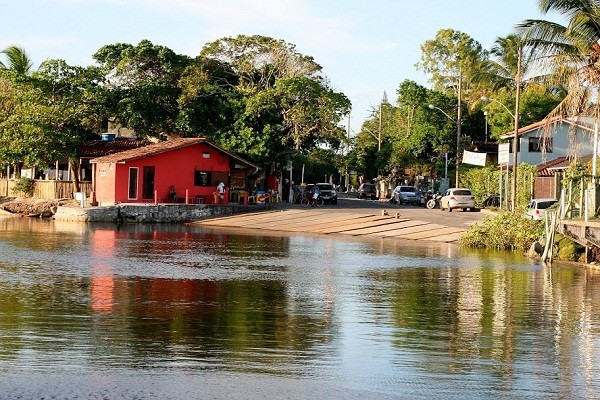 Although it is less than 30 kilometers from Porto Seguro, the village of Santo André in the district of Santa Cruz Cabrália is a guarantee of peace and rusticity all year round, even in summer. Right after crossing the ferry, the contrast between the hustle and bustle of neighboring Santa Cruz becomes clear […] 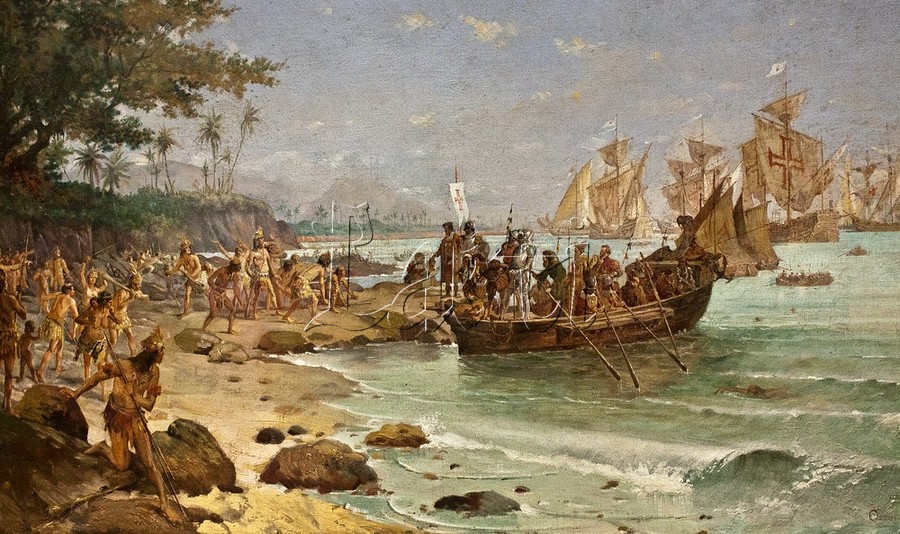 The history of the Discovery Coast can begin to be told from April 22, 1500, when Pedro Álvares Cabral's fleet spotted an elevation of rounded shapes – Monte Pascoal, which is in the south of Bahia. In search of a safe place to dock, […] 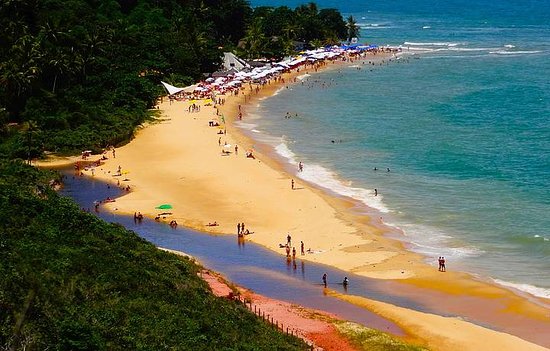 Discovery Coast, Radical and adventure sports in Bahia and Northeast

Praia da Pitinga in Arraial d'Ajuda with its colorful cliffs is an ideal beach for paragliding. Praia da Pitinga which is located in the district of Arraial da Ajuda in Porto Seguro about 1 km from the center. A colorful labyrinth of vegetation at the top of the cliff […] 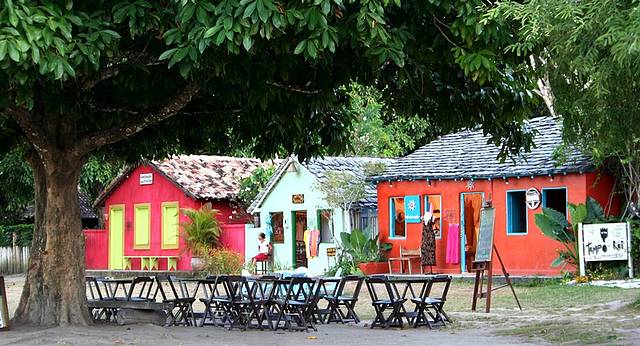 Trancoso is a little piece of paradise discovered by hippies

Trancoso is a small piece of paradise discovered by hippies in the 70's and still preserving its idyllic essence. Small camp – founded by the Jesuits in the XNUMXth century. XVII – located on a plateau in front of a beautiful sea. The life of the place revolves around the Quadrado, a large […]