Various genres of songwriters and singers have emerged in the Northeast over the years.

One of the most important composers in the northeast was the Pernambuco native Luiz Gonzaga was the precursor of the baião, a rhythm that, along with others such as xote, xaxado and coco, are part of the so-called forró.

Frevo, more common in the states of Pernambuco and Paraíba, is characterized by its fast pace and steps reminiscent of capoeira.

This genre has already revealed great musicians such as Alceu Valença, Elba Ramalho and Geraldo Azevedo. These three, alongside Zé Ramalho, mixed frevo, forró, rock, blues and other rhythms.

The quartet usually performs under the name of O Grande Encontro.

In the 60s, tropicalism emerged in Bahia, inspired by the anthropophagic movement and which would become a landmark in Brazil. Artists and other composers such as Tom Zé, Caetano Veloso and Gilberto Gil, among others, were part of this group.

Bahia returned to be the cradle of another musical genre in the 80s, with the creation of axé music, having as precursors Luiz Caldas, Chiclete com Banana, Daniela Mercury, Timbalada and Olodum.

The genre revolutionized Bahian carnival, since frevo, a Pernambuco rhythm, was used in the Salvador party until then.

Currently, the Bahia music industry is the one that generates the most stars in Brazil and already has a "constellation" with national and international notoriety, such as Ivete Sangalo, who is considered the most popular singer in Brazil today and sales leader in the national phonographic industry , has the ability to drag a legion of fans wherever it goes, including in international lands. An example of this was Rock in Rio Lisboa in 2004, where the singer broke the attendance record.

Singer and songwriter Ivete Sangalo owns Caco de Telha, an entertainment company that holds the title of largest company in the sector in the North-Northeast and among the five largest on the national scene.

Caco de Telha has already brought major events to Brazil such as the I am… tour by pop singer Beyoncé, The End tour by the Balck Eyed Peas musical group, The Grand Moscow Classical Ballet show and Cirque du Soleil performances in Brazil.

It has already provided the state of Bahia, in addition to these events with international artists, great shows with national artists such as the Roberto Carlos 50 Years of Music tour.

Through the shard of Telha, Ivete Sangalo was the star of a mega-production at Madison Square Garden, the temple of modern international music.

In the 80s, Pernambuco was the first major reference of Punk/Hardcore music in the region and the main name is the band Câmbio Negro HC, being also the pioneer in the style and the first to produce the first records of the genre in the region, in addition to being a great reference of the country's undergroud music.

In the 90s, the Mangue beat was born in Pernambuco, a rhythm that brought together rock, hip hop, maracatu and electronic music.

Chico Science and Nação Zumbi are the main names of the genre.

The suddenness is quite widespread in the interior, with the highlight being Cego Aderaldo. The Banda Cabaçal dos Irmãos Aniceto, a band of fifes from Ceará, has international fame.

In Ceará, Fagner, Belchior and Ednardo, icons of MPB, stand out.

It was also in the Northeast that brega was born, whose main composers and representatives are Reginaldo Rossi from Pernambuco and Waldick Soriano from Bahia.

The composer and singer Raul Seixas, born in Bahia, is considered the main name in rock in Brazil.

He joined the Jovem Guarda movement as a composer.

Currently, Pitty, also from Bahia, is very successful in rock.

Biography, rhythms and music of Bahian and Northeastern composers 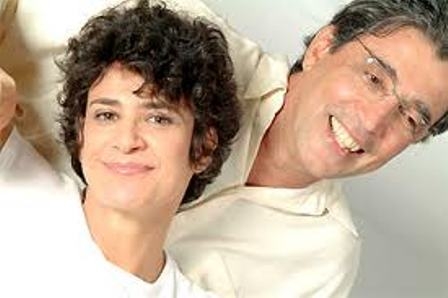 Os Novos Baianos was formed in Bahia in the 60s by Paulinho Boca de Cantor, Pepeu Gomes, Moraes Moreira, Dadi, Galvão, Jorginho, Baixinho, Bolacha and Baby, premiered with the show “Disembarkation of Bichos After the Universal Dilution” in 1968. Novos Baianos participated in the V Festival of Brazilian Popular Music […] 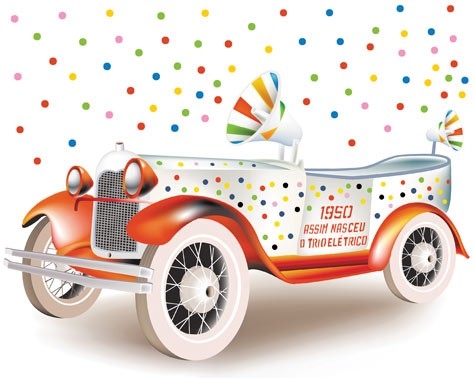 Origin and History of Carnival in Brazil

The origin of carnival is a controversial issue. Some historians associate the beginning of the carnival festivals with the cults made by the ancients to praise good agrarian harvests, ten thousand years before Christ. Others say that its beginning would have happened later, in Egypt, in honor of the goddess Isis and […] 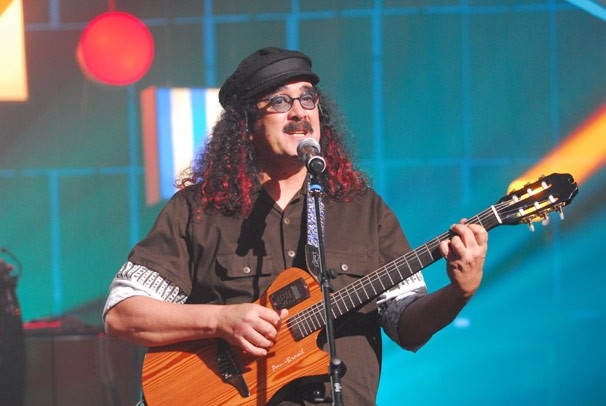 Antônio Carlos Moreira Pires (Morais Moreira) was born in Ituaçu BA on July 08, 1947. Raised in the backlands of Bahia, Morais Moreira played accordion early on, which he later replaced by the guitar and guitar. In 1966 Morais Moreira moved to Salvador BA and got in touch with […] 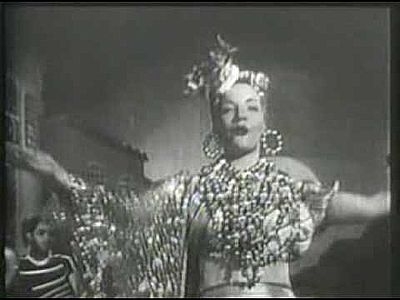 When in 1939 Carmen Miranda recorded one of her most famous interpretations, “O Que É Que a Baiana Tem”, composed by the newcomer, but already brilliant Dorival Caymmi (who also participated in the recording), both she and he (and his colleagues from studio), considered the sound quality of the discs to be excellent. In the end, […] 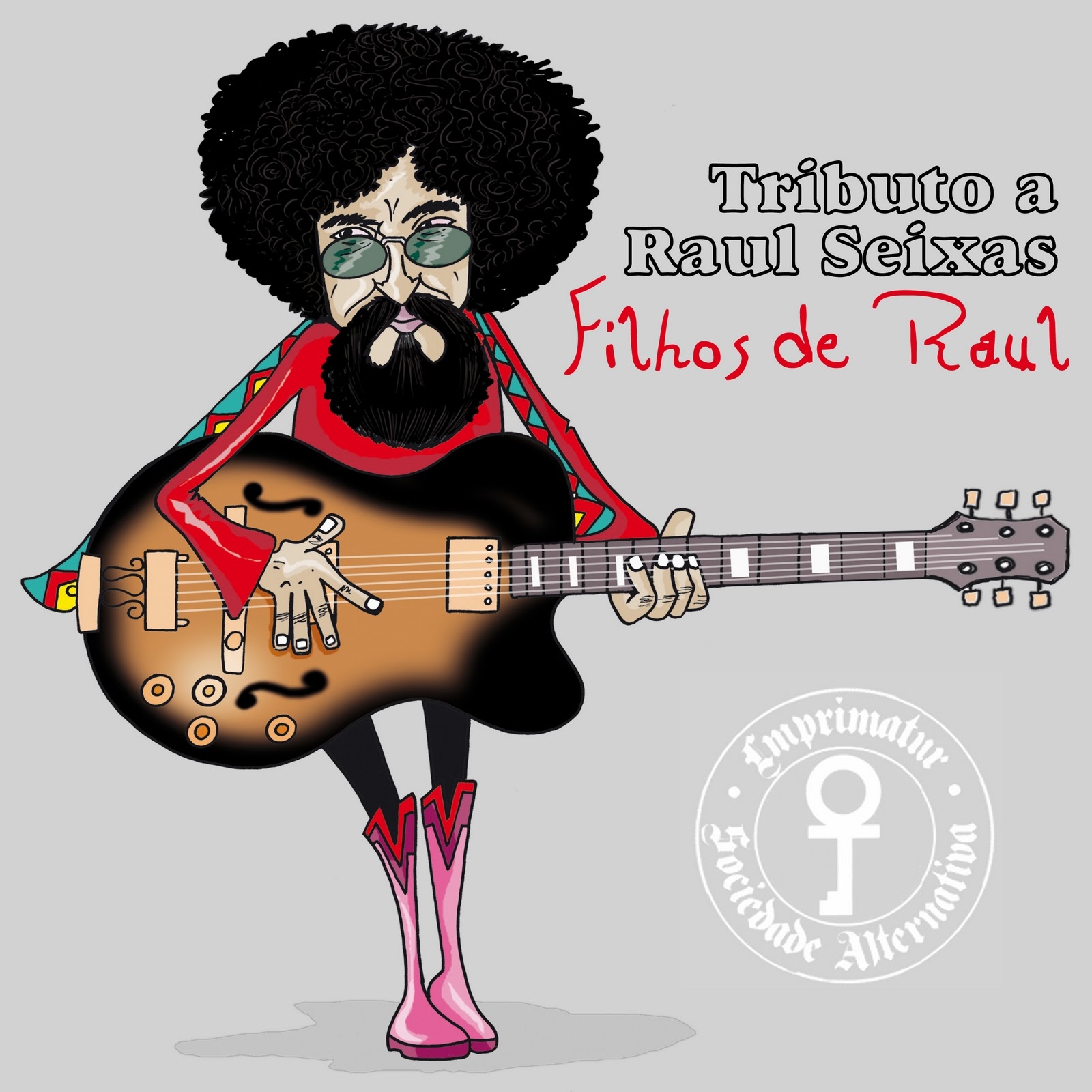 Rual Seixas (Raul dos Santos Seixas) was born in Salvador, Bahia, on June 28, 1945, son of Raul Varella Seixas and Maria Eugênia Seixas. Rual Seixas is from the same region and generation as Gilberto Gil, Caetano Veloso and Gal Costa, among many others who defined the movement called Tropicália, Raul […]