Olinda is one of the most important historical cities in Brazil and gathers valuable colonial houses and hosts one of the liveliest Carnival parties in the country.

A mandatory tour of national and foreign tourists, Olinda receives daily hundreds of visitors, who ascend and descend its steep slopes and travel along its narrow streets in search of exuberant nature and 1982th-century architecture, which will ensure it the title of Cultural Heritage of Humanity, granted by Unesco in XNUMX.

The novelty is that today, in addition to its past of libertarian struggles, colonial houses and the beautiful landscape, Olinda offers visitors a network of good restaurants, bars and hotels and is already starting to establish itself as a new gastronomic hub in the Region. Metropolitan area of ​​Recife, attracting both tourists and residents of the surrounding cities.

Another important aspect in the tourist profile of Olinda is the cultural vitality that the city usually shows. There are countless events promoted by the municipal public administration or by independent cultural producers, creating a year-round party atmosphere in the city.

Olinda has an incredible vocation for contemplative leisure. Whether from the top of its hills, or from the sidewalks of the seafront, the landscapes that unfold do justice to what the poet Carlos Pena Filho sang in his poem “Olinda”. Affirms Son Penalty:

In addition, Olinda offers visitors the opportunity to see works by internationally renowned plastic artists, such as João Câmara, Tereza Costa Rego, Guita Charifker and other anonymous artisans, spread across the 71 ateliers in the city.

Popular artists also have their place in Olinda. Components of hundreds of carnival associations, which make up the other side of the Olinda coin, which is deeply religious, annually transmutes into the capital of the largest pagan festival in the world, Carnival. Below is a brief tour of Marim dos Caetés. 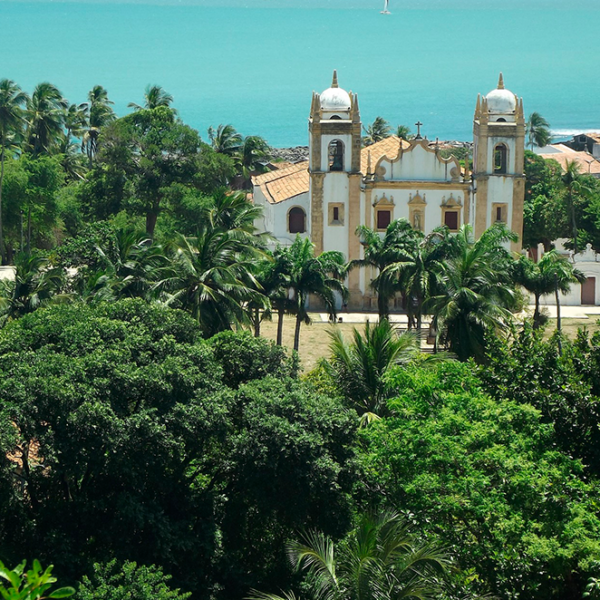 Olinda in Pernambuco is one of the most important historical cities in Brazil, Olinda brings together valuable colonial houses and hosts one of the liveliest Carnival parties in the country. It is, at the same time, the city of friars and nuns, mad revelers, fast-talking child guides, visual artists and […]