The south coast of Alagoas has idyllic beaches and natural pools in Barra de São Miguel, Lagoas and Mares do Sul and Marechal Deodoro.

The south coast of Alagoas is known as the Region of Lagoas and South Seas.

Nature spared no effort when it privileged this part of Alagoas. There are vast coconut groves, paradisiacal beaches, lagoons and rivers that meet the sea in an image of pure magic.

In addition to the exuberant nature, history and culture are outstanding in terms of historical heritage, popular traditions, musicality, handicraft and gastronomy made from ingredients extracted from the waters of this space, which is so rich in variety.

The city of Pilar received, in 1860, the visit of D. Pedro II, and there are still some examples of houses from that period of colonial Brazil.

Pilar's biggest draw is its natural beauty. The city, located on the shores of Lagoa Manguaba, is surrounded by remnants of Atlantic forest, several farms with ecological reserves and mineral water sources.

The population is approximately 32 thousand inhabitants. Pilar is a festive city, and its calendar of events includes the festival of Bagre, Siri and the Festa da Patroeira Nossa Senhora do Pilar, which attract many visitors.

Marshal Deodoro on the south coast of Alagoas is 30 km from Maceió. The population is approximately 45 thousand inhabitants.

The city was the first Capital of Alagoas, and its name is in honor of the illustrious son who proclaimed the Republic of Brazil.

The city of Marechal Deodoro has a beautiful architectural collection found in the museum and churches dating back to the 16,17th, 18th and XNUMXth centuries.

Marechal Deodoro on the south coast of Alagoas has an enviable natural potential: Lagoa Manguaba between islands and channels, which meet with Lagoa Mundaú and form the largest lagoon complex in the country, housing many islands, the most important being that of Santa Rita , the largest lake island in the country.

Praia do Francês is a postcard, with its grand structure of restaurants and inns to receive visitors from all over.

Folklore and musicality are an attraction in themselves. The diversified handicraft, known for its beauty and creativity, is exported all over Brazil.

The flavors of gastronomy are incomparable; cater to any taste. On the shores of Lagoa Mundaú, Massagueira is the largest gastronomic center in the Northeast.

Barra de São Miguel on the south coast of Alagoas it is 33 km from Maceió, it has a population of approximately 09 thousand inhabitants. The city has excellent lodging facilities, restaurants and other entertainment.

The place is ideal for leisure and rest.

The biggest attractions of Barra de São Miguel are the beautiful beaches, especially those of Conchas, Niquim and do Meio, where the sea is cut by a wall of reefs, ideal for refreshing dips in the calm crystalline waters.

The Niquim and São Miguel rivers are rich in mangroves, and the lake shows the exuberance of the ecosystem.

The meeting of river, lagoon and sea can be seen from the Mirante Alto de Santana.

The panorama is wonderful: the intense blue of the ocean, ornamented by coconut trees.

Several boats glide through the waters until reaching the most sought after destination, Gunga beach, framed by coconut trees as far as the eye can see.

The beach is located where Lagoa do Roteiro meets the sea, an unparalleled paradise.

Roteiro has one of the biggest tourist attractions in Alagoas and is internationally known for being one of the most beautiful beaches in Brazil: Gunga beach, a point of white sand, full of coconut trees, advances into the sea and unites the waters of the Atlantic Ocean with the São Miguel River.

A place of extreme beauty suitable for leisure and the practice of nautical modalities.

From the lookout you have a beautiful view of Gunga and Barra beaches.

Jequiá da praia on the south coast of Alagoas it is 65 km from Maceió, with a population of 15 thousand inhabitants, the name Jequiá da Praia comes from an unworthy origin which means “basket with many fish”.

Jequiá da Praia is an ecological retreat that, until 1998, belonged to the Municipality of São Miguel dos Campos.

The municipality is endowed with a large ecosystem of preserved flora and fauna, a lake complex formed by 03 rivers and 07 lagoons – highlighting the Azeda, Jacarecica and Jequiá lagoons – the third largest in Brazil, in addition to several exotic beaches such as Jacarecica do Sul and Barra Jequiá, which complete the scenery created by nature.

It has a tourist structure with an inn, restaurant, leisure complex built in the midst of natural beauties, preserving the local vegetation and giving the visitor the opportunity to live with wild animals.

Coruripe on the south coast of Alagoas it is 90 km from Maceió and with a population of 50 thousand inhabitants, the name of the city comes from indigenous origin which means “in the river of frogs”.

At the beginning of colonization, the area was inhabited by the Caetés Indians.

The municipality began to develop around the 19th century.

Before, it suffered cultural influences from the Portuguese and Dutch, facts that marked the history of the municipality.

The municipality has beautiful beaches, including Lagoa do Pau, Miaí de Cima, and Miaí de Baixo.

Each one stands out for the uniqueness of its beauties, as is the case of Pontal de Coruripe, which has its trademark since 1948, when a lighthouse was built to guide vessels.

Pontal is a fishing village that has become an attractive tourist destination. 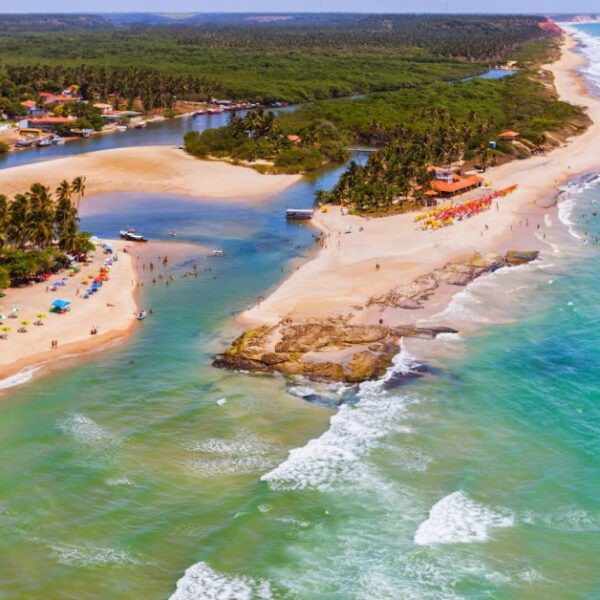 Dunas de Marapé is located in the municipality of Jequiá da Praia, 65 km from Maceió, with a population of 15 thousand inhabitants. The name Jequiá da Praia comes from an unworthy origin which means “basket with many fish”. Bathed by the Atlantic Ocean and the Jequiá, Jacarecica and Azeda lagoons, Jequiá da […] 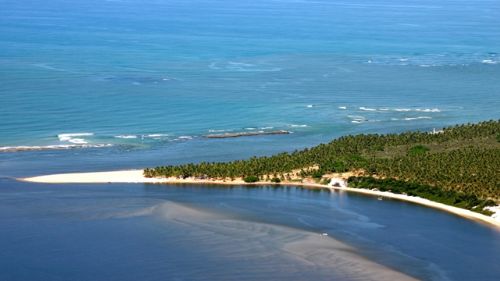 The south coast of Alagoas is known as the Region of Lagoas and Mares do Sul. Nature spared no effort when it privileged this part of Alagoas. There are vast coconut groves, paradisiacal beaches, lagoons and rivers that meet the sea in an image of pure magic. In addition to the exuberant nature, […] 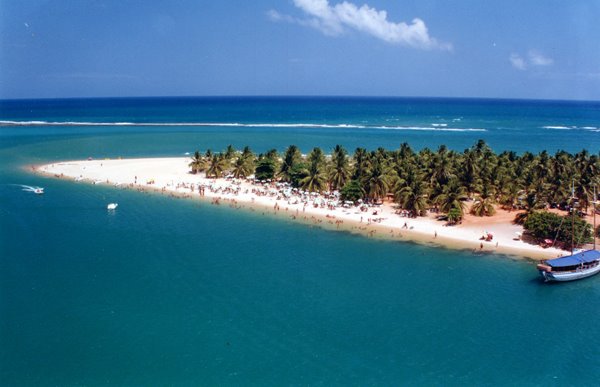 Barra de São Miguel is the busiest resort in Alagoas

The municipality of Barra de São Miguel in Alagoas is home to one of the favorite resorts of Maceioenses, Praia do Gunga, where the sea meets Lagoa do Roteiro. Barra de São Miguel also has the Kenoa Exclusive Beach & Resort. There is a good structure of restaurants and craft stalls […] 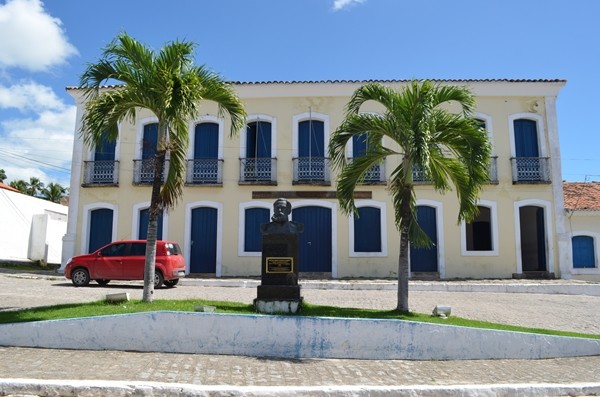 Marechal Deodoro has the beach that is considered one of the most beautiful beaches in Brazil, namely Praia do Francês, as well as a historic center where you can find colonial houses, baroque churches and neoclassical style buildings Named Marechal Deodoro, in honor of Marshal Deodoro of […]