Paraíba has one of the most beautiful coastlines such as Baía da Traição, Barra de Mamanguape and Cabedelo, in addition to architectural monuments in João Pessoa, the Archaeological Site of Ingá and Cabaceiras.

Paraíba, the place in the Americas where the sun rises first. This is where Ponta de Seixas is located, the most eastern place in the entire South American continent.

Located 120 km north of Recife and 180 km south of Natal, João Pessoa is full of parks, avenues and ornamental and fruit trees and even has one of the largest reserves of Atlantic forest in urban areas. The reserve, known as Jardim Botânico, has an area of ​​515 hectares. Seen from above, it looks like an immense green heart in the middle of the city. That's why João Pessoa is the most wooded city in all of America and the second in the world, just behind Paris.

The coast of Paraíba, with 117 kilometers, has spectacular exotic beaches of tropical waters showing a cinematographic set where the main actors are nature and tranquility. On the coast of Paraíba there are also cliffs, dunes, rivers and forests, where you can practice various activities in full contact with nature.

The southern coast of Paraíba has a stunning landscape, with beautiful almost desert beaches, highlighting Coqueirinho, Carapibus, Tabatinga, Barra de Gramame and the seductive beach of Tambaba that attracts visitors from all over the world for having the only official nudist camp in all the Northeast of Brazil.
The northern coast of Paraíba is equally fascinating. From Barra de Camaratuba beach to Intermares, we find not only wild-looking beaches, but also historic buildings. Here you will find the Fortaleza de Santa Catarina, in the port city of Cabedelo, recognized as one of the most important military monuments of Portuguese colonization. Further north, on the banks of the Mamanguape river, is the Marine Manatee preservation project. Here these animals are rehabilitated to return to their natural habitat. In Baia da Traição there is the Potiguaras Indigenous Reserve. An indigenous people who still preserve their ancestral traditions.

The interior of the state of Paraíba offers visitors several eco-tourism activities. Among them, enjoy hiking through a landscape where extensions of sugarcane cultivation coexist with forests, underground caves, thermal waters and crystal-clear waterfalls. Municipalities such as Campina Grande stand out, where the largest São João in the world is celebrated, Bananeiras and Alagoa Grande, with colonial-style buildings and artisanal distilleries of the most famous brandy in Brazil “A Cachaça!”.

As we move into the interior of Paraíba, the climate becomes drier and the landscape changes drastically. This region, known as O Sertão, is prone to long periods of drought. Here we find giant stones of particular shapes, such as in “Lajedo de Pai Mateus”, cave paintings of ancient indigenous peoples and important remains of ancient dinosaur footprints of incredible archaeological value. 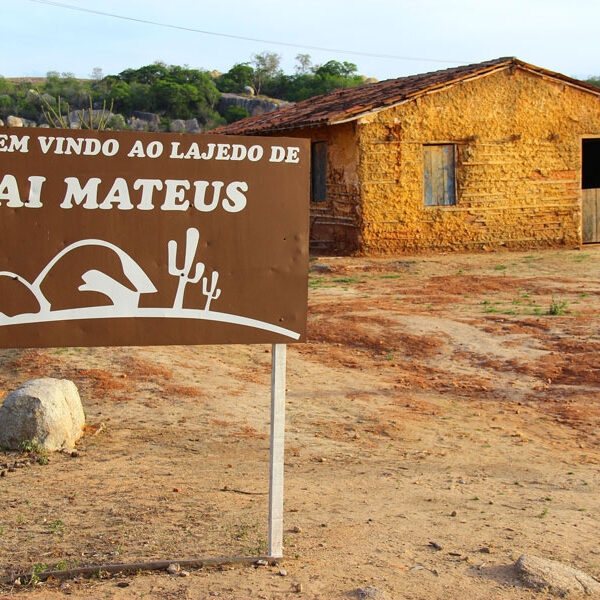 Splendor of geoforms of Lajedo de Pai Mateus in Paraíba

The Lajedo de Pai Mateus is an archaeological site that has a rocky elevation of 1.5 km², with countless other stone blocks. It stands out for its beauty and attracts tourists from all over the country. In the northern Brazilian Northeast, in sectors where outcropping crystalline basement occurs (composed of igneous and/or metamorphic rocks, such as granites and gneisses), […] Nicknamed the “Princess of the Brejo”, Areia is proud of rarely exceeding 25 degrees in a Paraíba in the middle of a dry season. In winter, thermometers easily drop below 10 degrees. In the Paraíba city of Areia, this experience is accompanied by visits to mills, trips to museums and the opportunity to […] 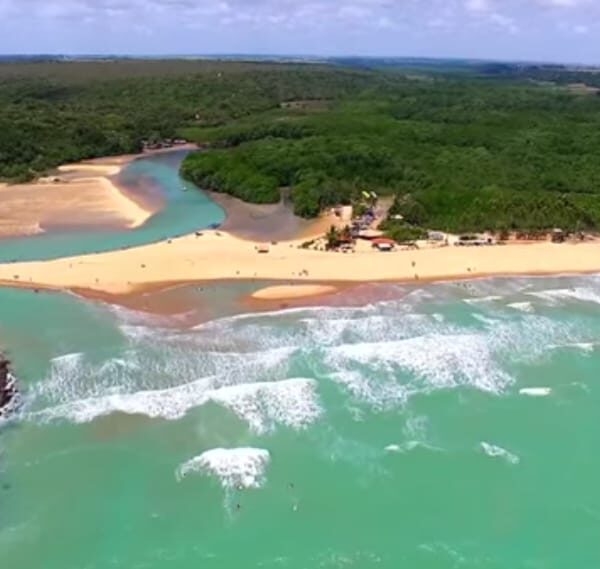 Tourist points of the municipality of Mataraca PB

Anyone visiting the municipality of Mataraca should not miss the Igreja Matriz do Bom Jesus, take a walk along the Camaratuba river, take a bath in Lagoa Encantada (a mirror of crystalline water surrounded by mangabeiras), Praia Barra de Camaratuba and visit the Parque Ecology of the Uçá Crab. Not […] 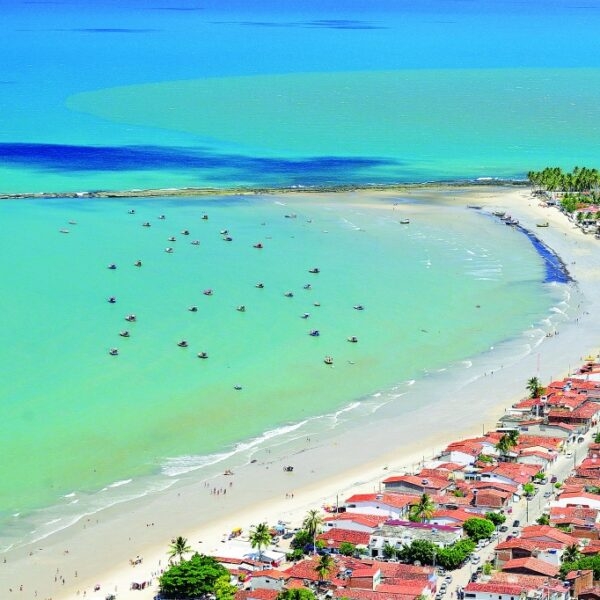 Baía da Traição is a municipality located approximately 90 km from the capital, João Pessoa, on the north coast of Paraíba. The municipality extends over 102,4 km² and had 8 inhabitants in the last census. The demographic density is 993 inhabitants per km² in the territory of the municipality. […] 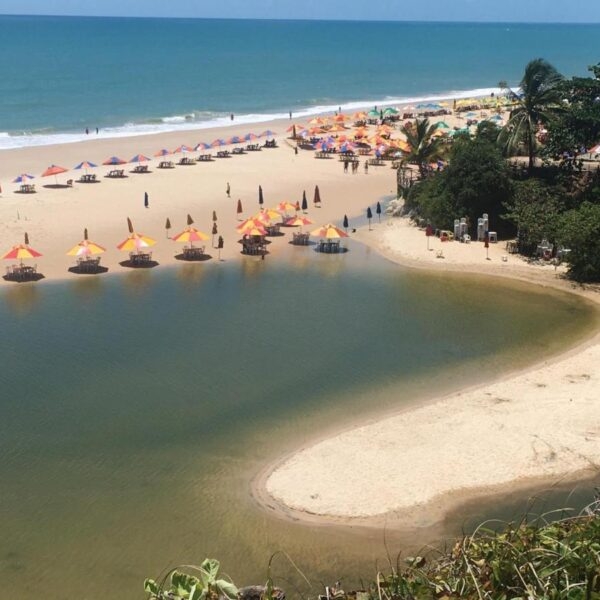 Pitimbu in Paraíba has a scenery rich in natural pools, estuaries and cliffs

Pitimbu is a municipality in the state of Paraíba, located in the micro-region of the South Coast and the metropolitan region of João Pessoa. The state of Paraíba has surprised tourists more and more, with beautiful beaches, such as Pitimbu, which has been a destination for the summer. The place is […] 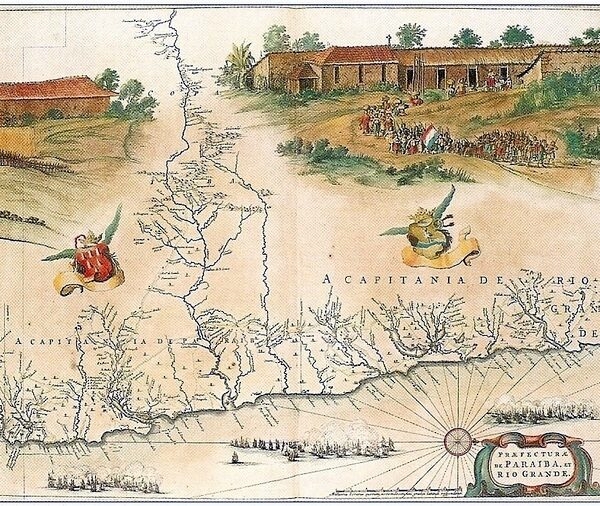 History of the Foundation of Paraíba and João Pessoa

Before Cabral's arrival in Brazil, the coast of Paraíba was populated by the Tabajaras and Potiguaras Indians. Most of the territory of present-day Paraíba was part of the Captaincy of Itamaracá, donated to Pero Lopes de Sousa, in 1534. But effective colonization began in 1581, during the Iberian Union, with […]