The historic center of São Cristóvão in Sergipe is in good condition, with flat streets that invite a walk.

History and architecture are highlights of São Cristóvão in Sergipe

The fourth oldest city in Brazil is 23km from the capital Aracaju. São Francisco Square was considered a UNESCO heritage site.

The tourist who is in Sergipe is delighted to leave the coast of warm waters and travel about 30 minutes towards the municipality of São Cristóvão, 23 kilometers from the capital Aracaju. Visitors will be able to get to know the history, architecture and flavors of a city that keeps alive the traditions accumulated over centuries of existence.

The fourth oldest city in Brazil, 422 years old, and the first capital of Sergipe, São Cristóvão has the symbol of São Francisco Square, which was recognized as a Cultural Heritage of Humanity by the United Nations Educational, Scientific and Cultural Organization ( UNESCO). The city still hides in its streets and hillsides the history of Dutch invasions and great architectural creations, which make the place a stroll in history.

Folklore is passed down through the generations and keeps alive the typical dances such as: Reisado, Chegança, Caceteira, Langa, São Gonçalo, Barcamateiros and Samba de Coco.

The best time to visit São Cristóvão is in the morning, when museums and churches are open. Afterwards, visitors can walk around the city and get to know more closely the beauty of its architecture, highlighted by the colonial mansions that still preserve their facades. The cobblestone streets are also impressive for their conservation. Visitors who decide to do the route in the afternoon should keep an eye on the clock, as visiting places are open until 16 pm, and most merchants follow the same hours.

Among the most popular places to visit is the Historical Museum of Sergipe, located in São Francisco square. It is in the XNUMXth century building that the main elements that help tell the story of Sergipe are housed. The collection brings together relics such as the famous painting by Horácio Pinto da Hora, which portrays Ceci and Peri [they are the main characters in the novel, O Guarani, by the writer José de Alencar], furniture, documents, coins, crockery and other objects that reveal the importance of São Cristóvão in the historical context.

In addition to Praça São Francisco, visitors can visit the church and convent of the same name, managed by the Carmelite sisters, and the Museum of Sacred Art, which has one of the most complete collections in the country. It is worth visiting the Santa Casa de Misericórdia building, which started to function as an orphanage in 1911 and in 2001 was transformed into the Lar da Ordem Imaculada Conceição.

Nearby is the parish church, Nossa Senhora da Vitória, patron saint of the city, which was built in the 1608th century, between 1616 and XNUMX, and the church of Nosso Senhor dos Passos, also from the same century, which has in its annexed to the Ex-Votos Museum.

In the building next door is the Igreja da Ordem Primeira do Carmo, under renovation, and the convent of Carmo, where Sister Dulce, beatified on May 23, 2011, spent a few months in 1933. In the small room where the nun spent his days it is possible to find replicas of personal objects and documents about his passage through São Cristóvão. The site is open to visitors from Tuesday to Sunday, from 10 am to 16 pm. Currently, the convent is administered by Carmelite friars. 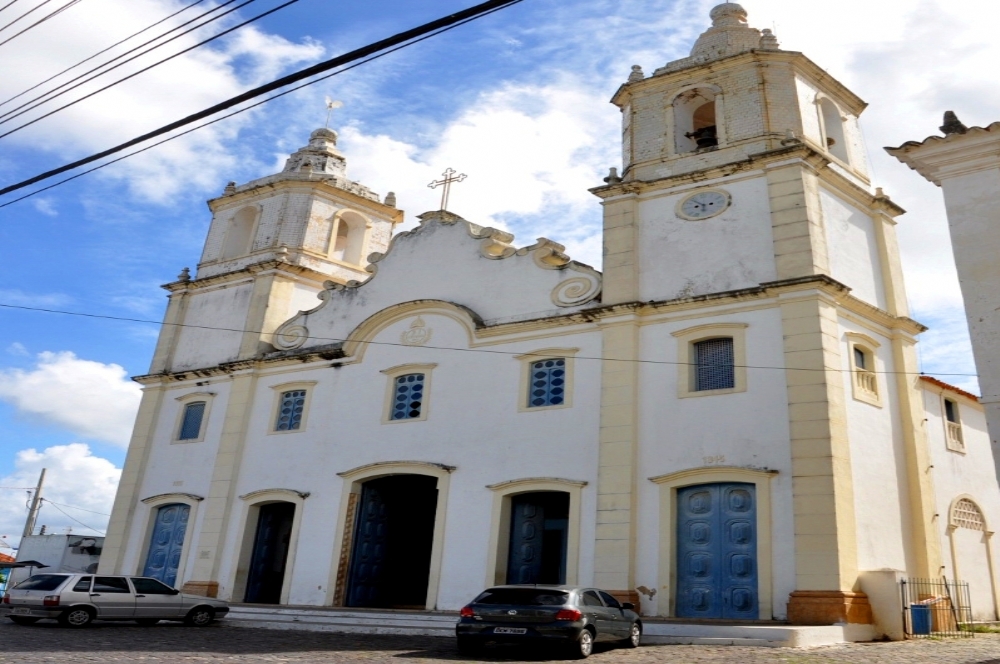 São Cristóvão developed according to the Portuguese urban model

São Cristóvão, former capital of Sergipe, one of the oldest cities in the country, dates from 1590. Listed by the lphan in 1939, São Cristovão, like Salvador, developed according to the Portuguese urban model, marked by the division into upper city (where civil and religious powers were installed) and lower city […]