Laranjeiras in Sergipe has been listed as a historical heritage site and has museums and churches, such as the church of Nossa Senhora da Conceiҫão, which is one of Sergipe's most culturally valuable monuments.

Laranjeiras is a city listed by the Instituto do Patrimônio Histórico e Artístico Nacional – IPHAN, since 1996. In the city, visitors can see houses, secular churches, folkloric manifestations of different types, a rich handicraft and many other beauties. It is worth checking.

Sacred Heart of Jesus Church: located in Praça da Matriz, where the current urban nucleus of the city originated. Built in the second half of the XNUMXth century, it was the first church dedicated to the Sacred Heart of Jesus in Brazil. In Sergipe, it was the seat of the aristocratic Brotherhood of the SS Sacramento. The ceiling panel of the Capela do Santíssimo, representing the Heart of Jesus, is attributed to the Bahian painter José Teófilo de Jesus.

Although the church has gone through several renovations that have contributed to some changes, it retains its original character. Building listed by IPHAN. Location: Center

Church of Our Lady of Conception of Comandaroba: in 1731, on the banks of the Cotinguiba River, the Jesuits opened their second residence in Laranjeiras; a simpler construction than the first. The temple presents the characteristics of the other Jesuit constructions in the Northeast. On its limestone portico and on the cross arch are engraved monograms that confirm its origins and that of its patron saint, the Virgin of Conception.

Probably one of the last constructions of the priests of the Society of Jesus in Sergipe lands, who, in 1759, were expelled from the Colony, having their goods confiscated by the Portuguese government.
Location: Rural area, approximately 1 km from the city centre.

House of Engenho Retiro and Chapel of Santo Antônio: the Jesuits began the construction of the first residence in Laranjeiras on the banks of the São Pedro River at the end of the 1701th century. Inaugurated in XNUMX, it was called Retiro, probably this name originated in the solitude of the place.

Attached to the former residence is the Church of Santo Antônio and Nossa Senhora das Neves, renovated in the first half of the 01th century. Building listed by IPHAN. Location: Rural area, approximately XNUMX km from the city center

Chapel of the Engenho Jesus, Mary and Joseph: built in 1769, the chapel is in ruins. The altar, a historical heritage listed by IPHAN, was removed and is now located in the Church of Senhor do Bonfim.Location: Rural area, located on a private property with difficult access

Nossa Senhora do Rosário and São Benedito Church: built by blacks in the mid-XNUMXth century, the church was the site of traditional celebrations such as the Feast of Kings and the Queen of Taieira, the latter a praise addressed to São Benedito and Rosário, protectors of slaves. In the church, the rites of Cacumbi, Taieira, Chegança and São Gonçalo are still held in the church, being, therefore, the stage for the biggest parties of Laranjeira folklore. Location: Center

Cave of the Pierced Stone: limestone formation that served as a refuge for the natives of the region, is located in the middle of the forest. There, the Jesuits celebrated Masses during the period of the Dutch invasion. Listed by the Government of the State of Sergipe. Location: Machado Village

Church of Our Lord of Bonfim: Built in the XNUMXth century, the church houses the cemetery of the Irmandade do Bonfim at the back. Its wooden altar was destroyed during a fire, being replaced by the altar of the Church of Jesus, Maria, José. From the top of the hill, where it is located, you have a complete view of the Cotinguiba Valley. Location: Center

Matriana's Grotto: place used as a refuge and for prayers by the Jesuit priests, it conserves inside paintings made by the plastic artist Horácio Hora. Location: Vila do Faleiro, difficult to access

Municipal market: XNUMXth century building with Gothic features. It received goods from across the Cotinguiba River. Until today it works on Saturdays for the local fair. Location: Center

Trapiche: construction of the XNUMXth century, where the sugar production of the mills was stored. There, slaves were also disembarked and housed while waiting for their masters. Currently, the Campus of the Federal University of Sergipe operates on the site.

Sant'Aninha Chapel: built in the old gunpowder deposit of Sítio Sant'Aninha, it was one of the richest private chapels in the Northeast. Location: Solar Sant'Aninha, s/n – Rural area (in private property)

Presbyterian Church: located on Rua Tobias Barreto (center), it was inaugurated on November 19, 1899 after a series of incidents between Catholics and Protestants that began in 1844 and worsened when the North American pastor Alexander Latiner Blackford, after visiting Laranjeiras, founded in 1884 the first Presbyterian Church in Sergipe, on Rua Comandaroba in Laranjeiras. To this day the church maintains all its activities. Location: Center

Museum of Sacred Art: founded in 1980 to preserve the great sacred collection of the municipality. It is the second most important in the state. Location: Center

Afro-Brazilian Museum of Sergipe: exhibition of pieces linked to Afro-Brazilian culture and its influence on the religious syncretism of our people. Here are cataloged objects of religious cults, photographs, canvases and documents. Location: Center

Caves – Today, with 16 caves, Laranjeiras is considered the lowland city with the largest number of caves in Brazil. The first stage of the project has already been carried out and will now be developed with the search for partnerships between the municipal and federal governments.
Five caves are available to visitors. In this project, people from the community were prepared to work on these visitation itineraries. 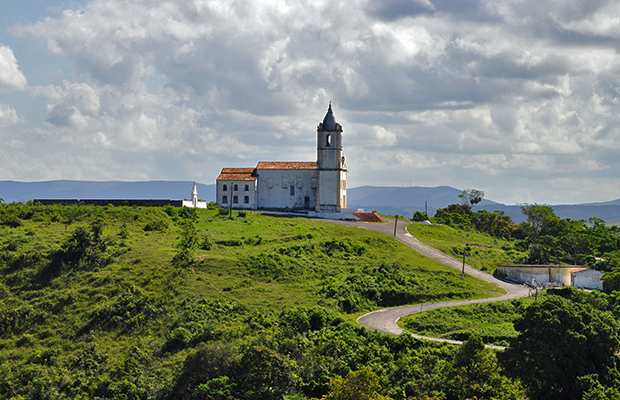 Laranjeiras, 23 kilometers from Aracaju, was founded in 1594. In 1701, the Jesuits built the chapel of Santo Antonio and the first residence of the order, known as Retiro, in the place where the city was born. Listed by IPHAN, the complex is located about 1 kilometer from the center and, although […]