The highlight of the fortifications in the landscape of the city of Salvador certainly represents the imposition of the tactical and strategic need for their positioning in an elevated location, with privileged visibility to the surrounding areas.

But the military engineer who designed and built them cannot be denied the aesthetic sensibility that he assimilated from the culture of his time and from the texts of the most distinguished architectural theorists of the Renaissance and the Baroque.

Salvador was born as a strong city, or, at least, that was what D. João III, of Portugal, intended, and while Salvador was the capital or the head of Brazil, there was constant concern to defend it.

With the house looted, the Crown of Portugal tried to reinforce the protection of its overseas capital Salvador, even taking advantage of the defenses left by the Dutch, who retreated.

One of the places chosen to garrison Salvador was the Porto da Barra, where the Batavians had easily landed in 1624.

It's from that moment 1624 that are born Fort of Santa Maria and Fort of São Diogo, which, since then, have been named in the lists of the fortresses of Salvador.

There is enormous confusion among historians about the origin of the forts, because there is no known document from the governor ordering them to be executed, nor the Royal Order authorizing the constructions.

What is known is by deduction or by recording in later documents. We also find references to a trench to support the two reduced propugnacles.

The logic induces to place it, approximately, in the stretch of the current Avenida Sete de Setembro, in front of the Porto da Barra, once commonly known as Dutch port.

If implacable criticism was made of the efficiency of the Ponta do Padrão or Santo Antônio Fortresses, the opinion of some of the critics of the small forts, which were not few, should not be strictly followed.

The first pronouncement against them comes from Bernardo Vieira Ravasco, who considers “they are of no use […]”. 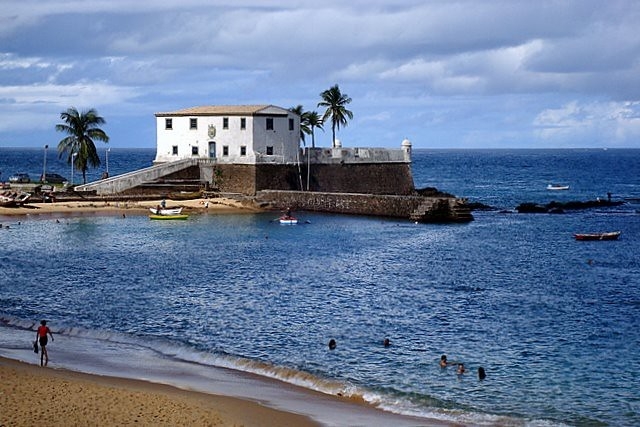 History of the Santa Maria Fort in Salvador - BA28:03 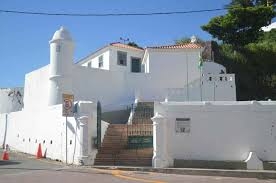 History of the São Diogo Fort in Salvador BA27:41

A little further on, the famous unpublished report attributed to Captain Engineer Antônio Correia Pinto, dating from approximately 1671, provides interesting information, including about the person responsible for the construction, a subject of controversy among historians:

"The Santa Maria and Sao Diogo Forts they are made of stone and lime: both founded Diogo Luís de Oliveira, being Governor and Captain General of this state, on the ends of a beach that is at the mouth of the bar; where the Dutch, and D. Fradique de Tolledo will release the people, who surrendered, and restored this square, both are dismantled […]”.

This means that the author found some use in the forts.

The Military Engineer Miguel Pereira da Costa, in 1710, did not consider them much, especially the São Diogo Fort.

As stated, one cannot take a radical position in relation to the usefulness of these two “redutinhos”, if one considers the scales and the true function to which they were proposed.

Of course, Forte Santa Maria and Forte de São Diogo did not add anything to the defense of Barra, which was indefensible by its own geography, but they made landing in a very comfortable port difficult.

It should be noted that Nassau, when he tried to invade the city in 1638, preferred to face the São Bartolomeu Fort.
of the Passage than risk landing in a place protected by small fortifications.

We agree that the forts were dominated by neighboring stepfathers, but they could function well as low batteries of larger fortifications that occupied the eminences.

Even in the imperial period, they were still the object of preparations when the Christie Question motivated the alerting of the defenses of the Brazilian coast, as reported by Colonel Beaurepaire Rohan.

From this it follows that the fortification specialists of that time still believed that the forts in question were of some use.

O Santa Maria Fort it is supported on a small rocky promontory, which limited the left side of the existing cove on the site.

The greatest fire capacity, by the chosen design concept, was for the flanking and covering of the anchorage, demonstrating that its function had a limited and specific address.

Nowadays, there are gunboats on the parapet, but from what Luís dos Santos Vilhena describes and draws, it should have had a barbeta parapet, whose only purpose was to receive more artillery and increase the aim of the pieces, all this to the detriment of the safety of the soldiers. gunners.

Listen to the words of the erudite professor of Greek and chronicler of the City of Salvador: “it was not long ago that its parapets were imperfectly repaired, so that from the waist up the garrison is exposed to enemy fire, without any other recourse. more than withdrawing before he fires; does not have this capacity to assemble more than seven to nine pieces”.

From their fire plans, the number of seven would be a good size for artillery.

Since Vilhena's time, the Santa Maria Fort it retains a detail not very common in other fortresses in Salvador: a shooting bench for the musketeers who defended the curtains. It had a wooden drawbridge, which was replaced by a fixed one – initially made of the same material and later made of masonry.

The historian João da Silva Campos considers that the current form of the Fortim de Santa Maria comes from the times of the administration of D. João de Lencastro, even indicating a date for the inauguration of the reforms: “11 December 1694”.

Thus, the fort must have participated in the restoration of all the forts in the bar of Baía de Todos os Santos made in that government.

Comparing the current form with the representations of the end of the XNUMXth and beginning of the XNUMXth centuries, it is observed that some changes were made in the covered area, which was expanded, with a reduction in the plane of fire of the small arms, but without compromising the general design of the curtains.

O São Diogo Fort it is also considered the work of D. Diogo Luís de Oliveira by the document of 1671. It is a fortification
irregular, built at the foot of the hill where the primitive nucleus of Vila Velha de Pereira Coutinho once stood, with its tranqueira (defensive fence made of wood) and tower.

One might think that, with the original defenses gone, this eminence was equipped with some battery or defense, because, situated at a higher level, it could be occupied by the enemy, neutralizing the forts that were further down.

the fire of São Diogo Fort, combined with the Santa Maria Fort, would be very effective in the defense of Porto da Barra.

Our tiny propugnacle has an irregular design, trying to adapt its shape to the morphology of the terrain, with a part of the arched curtain. The parapet was, and continues to be, the barbette, conserving much of the original design.

The biggest change in the structure of the building must have been made in the main entrance.

The scholar Edgar Cerqueira Falcão photographed it before 1942, still with the internal access ramp, although with a staircase at the entrance gate.

Everything indicates that the greatest mutilation of the topography and of the internal ramp occurred when the Cirex, a recreational club for the officers of the 6th Military Region, was implanted on the site.

The least altered form of the fort was documented photographically by Benjamin Mulock in the mid-XNUMXth century.

According to old plans, under the custody of the Military Archives of the Army, there was a path that passed close to the fortinho and, zigzagging, led to the top, where the Santo Antônio Church.