Praça João Lisboa was initially called Largo do Carmo, due to the Convent and Church of Nossa Senhora de Monte Carmelo, the square is linked to important historical facts of the city, such as the battle between the Dutch and the Portuguese.

It was the site of the city's first fair or market, the first public shelter, and the pillory, destroyed after the Proclamation of the Republic.

In the past, the square was the heart of São Luís , where intellectuals and politicians gathered to comment on city life and discuss art, politics and literature. During this period, the street was also known as Praça da Liberdade.

On March 22, 2012, the bicentenary of journalist, lawyer and critic João Francisco Lisboa, a man ahead of his time, is commemorated.

Not only did he report the political and historical situation in Maranhão, but he did so under an approach considered by his scholars to be very current in terms of journalistic, historiographical, political, literary and language aspects, among others. 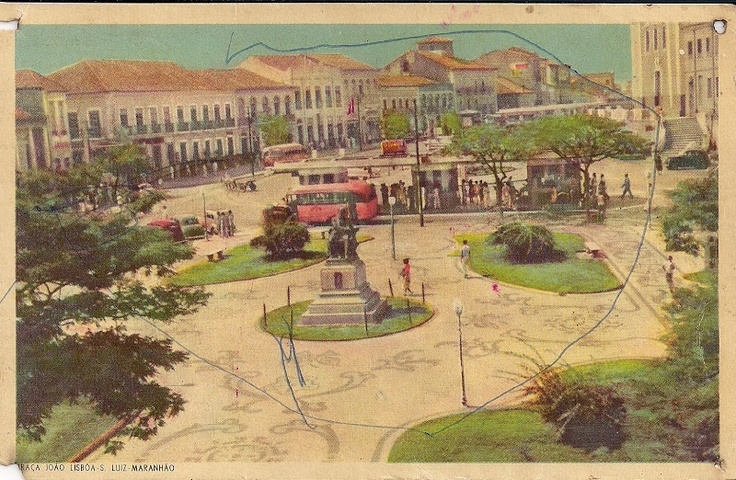 In São Luís, in the former Largo do Carmo, flanked by the streets of Sol, Paz and Egypt, in the center, there is a square named after the journalist from Maranhão, who received this name by municipal decree of July 28, 1901.

In Praça João Lisboa, a large monument in bronze, with a marble plinth, erected in honor of João Lisboa in 1918 by the French sculptor Jean Magrou.

The statue was first fixed in Largo do Carmo, and then moved to the current square. Under this monument are the ashes of the illustrious patron of Chair No. 11 of the Academia Maranhense de Letras.

In the past, the square was the heart of São Luís, where intellectuals and politicians gathered to comment on city life and discuss art, politics and literature.

During this period, the street was also known as Praça da Liberdade. Trams also passed through there.

As it is a very pleasant space, with trees and benches, João Lisboa still receives a large influx of people today, greatly influenced by the movement of buildings located in its surroundings, such as the Post Office and Telegraph, for example.