José Gomes Filho, known as Jackson do Pandeiro (the King of Rhythm), was an important instrumentalist, composer and singer who recorded a series of forros and sambas and helped popularize northeastern culture.

"Gum with banana", the best-known song in Jackson do Pandeiro's repertoire, did not have “that” success at the time of its release, in 1959.

Jackson's style, who was born a hundred years ago in the deep Paraíba, gained body in Campina Grande and left Pernambuco to conquer the world, was already on the lips of the people.

your debut album, a 78 rotations launched four years before bringing the coconut “Sebastiana” and the rojão “Forró in Limoeiro”, had an incredible 50 thousand buyers, so a feat even for the posters on Rádio Nacional.

“The tambourine and guitar boogie-woogie” it hit fans' ears as another humorous tirade by the singer. 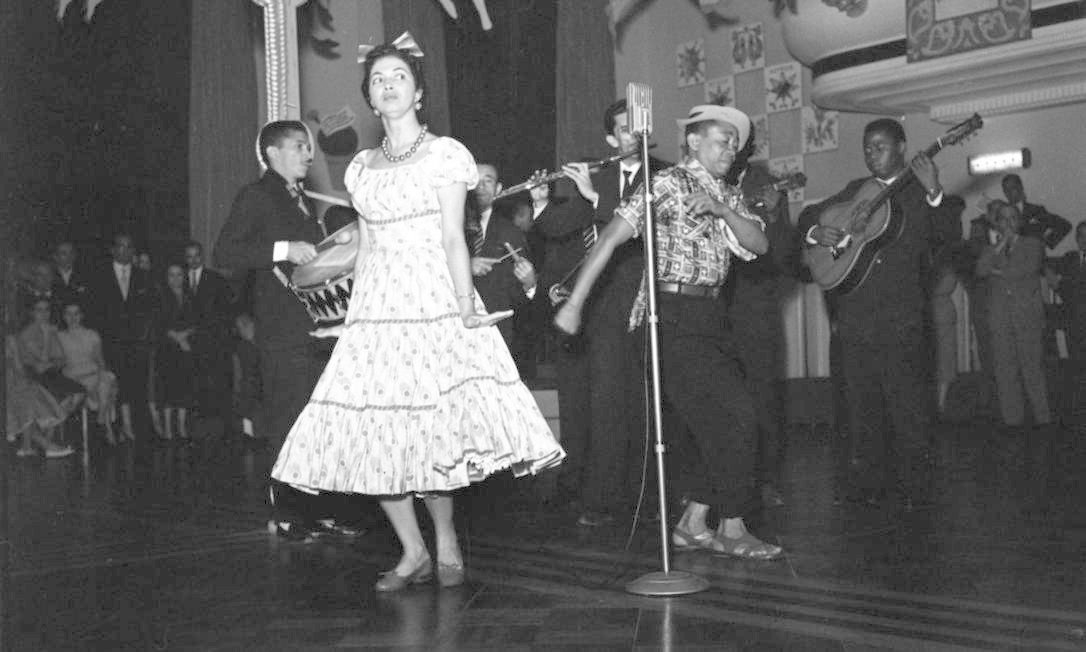 Jackson do Pandeiro and Almira Castilho03:11 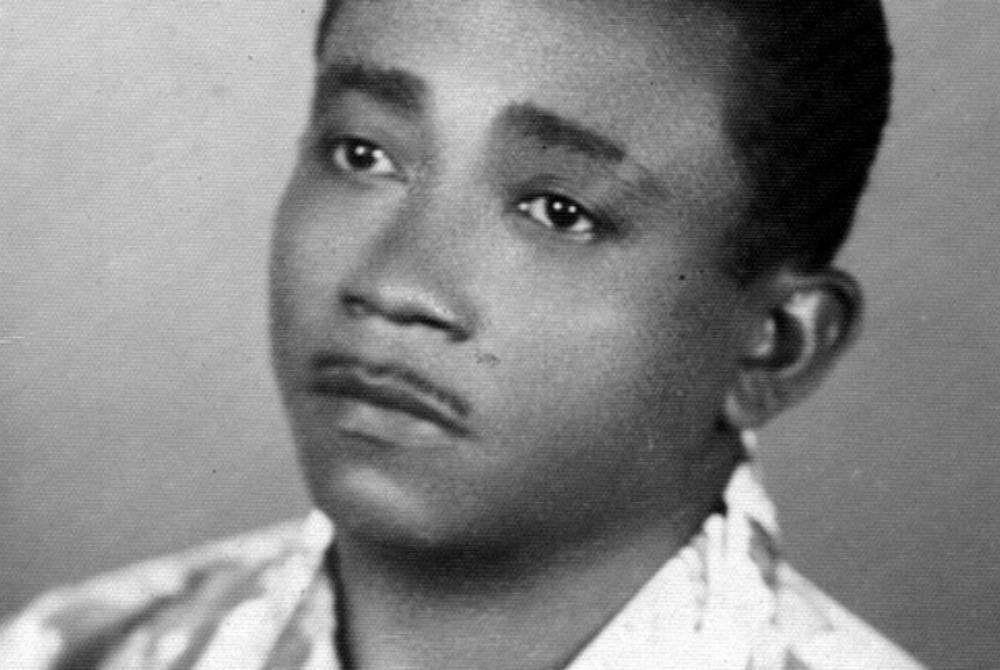 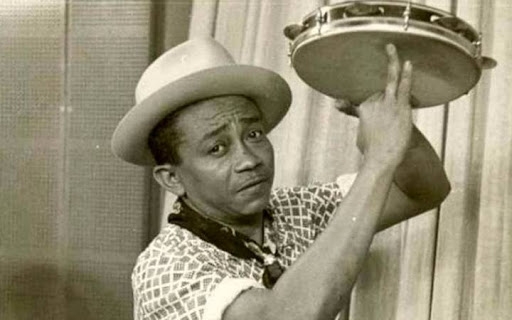 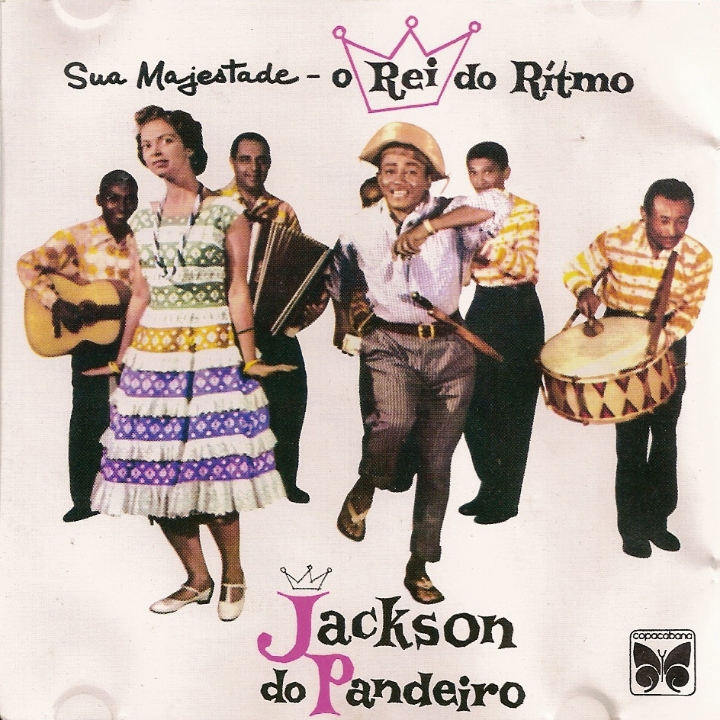 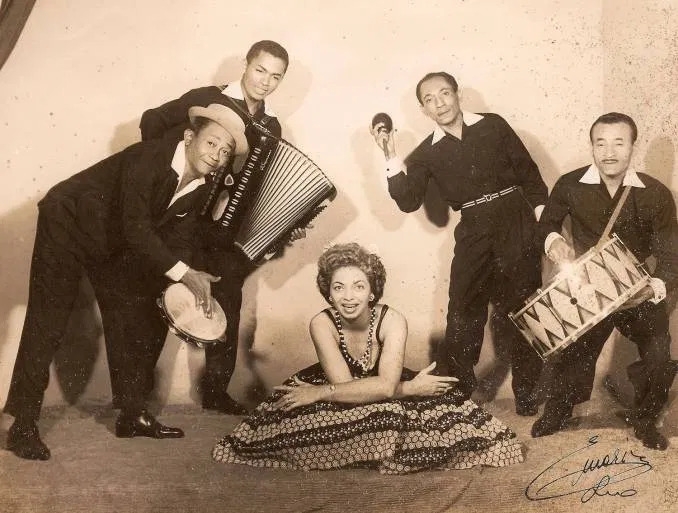 Gradually, it fell into oblivion. Until 1972, when it reappeared with the status of avant-garde tropicalist song in the voice of Gilberto Gil. Today it is an absolute classic.

“Jackson do Pandeiro is one of the biggest loves I have. That I had, I have and I will always have", he says Gilberto Gil.

“An artist with the typical northeastern verve of the culture that was born from the intertwining between rural life and some medium-sized cities, such as Campina Grande, which began to develop in the 1930s and 1940s.”

Alagoa grande, where José Gomes Filho was born (who, before becoming Jackson do Pandeiro, was Zé Jack and Jack, influenced by bang-bang actor Jack Perrin), left in his memory “a hunger that gives you a headache”. And also river fishing and coconut wheels, in which his mother, Flora Mourão, was the most respected singer.

It was from the coconut – a genre whose “uniformity is in the absence of uniformity”, in the definition of Mário de Andrade, that is, one thing is expected from singing and there is another – that he influenced a large part of Brazilian popular music in the second half of the 20th century, with echoes and tambourines until today.

“Jackson do Pandeiro with partner Almira Castilho, injected humor and malice into the rich cultural legacy of his region.

it spread through the tropicalism, influenced the later generation, of Alcaeus Valença, Elba Ramalho e Joe Ramalho, the mangue beat, from Nação Zumbi and Mundo Livre SA, the loose thud of Lenine and Lula Queiroga and even the retrofitted coconut from Cascabulho and Silvério Pessoa”, points out Souza.

Also the Orchestra Man. He played everything – ganzá, reco-reco, zabumba, tambourine, harmonica, accordion, piano. If it was to play jazz or blues drums, there was no problem.

But it is in the tambourine that he excelled. It could: his virtuosity in the domain of the instrument of choice became legendary.

“Jackson do Pandeiro is to Brazilian music what Mané Garrincha is to football.

He painted the seven the same as Botafogo's shirt seven. He sang and played the tambourine, going back and forth from the back line, until he hit a goal or sent the round in the fuzuê of the small musical area”, compares historian Luiz Antonio Simas.

In the excellent biography “Jackson do Pandeiro: O rhythm king”, by Fernando Moura and Antônio Vicente, maestro Moacir Santos – who was a saxophonist in the jazz band of Rádio Tabajara, in Campina Grande, performing alongside our tambourine player – says that “Jackson was much more than a drummer”.

“He had an expansive ability, turning his musical thinking into rhythm. Some choros I used to make at that time, he memorized and passed on all the details, singing. Then I would go out teaching the melody to the accordionists”, adds Santos.

As a singer, in the first years of his career, Jackson do Pandeiro reflected on Manezinho Araújo, author of “Como Tem Zé na Paraíba”, from whom he inherited the short-brimmed hat, worn on the side.

But his definitive influence punished in the Carioca accent, in the extended meter and in the brakes: Jorge Veiga, the Samba Caricaturist.

In 1954 yet another Jackson cookie – with recordings of “1 to 1” and “A Mulher do Aníbal” – broke out in Sul Maravilha, popularizing once and for all his metallic voice.

And there was no way: he had to finally travel to Rio de Janeiro. Afraid of a plane, he came by ship. His first impression when he saw the city: “Homi, it looks like a couscous tray!”.

Hired by Rádio Nacional, Jackson and Almira became the Double of Noise. Even better, they were, aesthetically, on television, knowing how to take advantage of their gestural possibilities. Soon they would jump into the movies. And be successful: “Forró de Caruaru”, “O Canto da Ema”, “Xote de Copacabana”, “Cabo Tenório”, “17 na Corrente”, “Cantiga do Sapo”.

homage author “Beat a Balaio or Rockson do Pandeiro”, João Bosco highlights the fascination that the artist exerts on the popular classes.

“On vacation, I took the family and went to a deserted beach in Espírito Santo. We were listening to Jackson do Pandeiro when a guy appeared selling beer and freshly made barbecue.

He stopped everything, didn't work anymore and stayed all night listening to the cassette tape, which went to the end and back to the beginning, in a continuous motion that only Jackson's music is capable of.”

Short, thin, with a thick complexion, a thin moustache, Jackson had a horror of hairy. Especially since the emergence of the Jovem Guarda singers in the 1960s, when the iê-iê-iê began to throw the moan of the rhea to the side.

When they invited the native of Paraíba to sing “Papagaio do Futuro” at the 1972 International Song Festival, they almost knocked their face on the door. But Jackson, upon hearing the embolada, approved of the youth's audacity.

“In 1979 I was in Paris missing Brazil, and I listened to Jackson directly. Inspired by those auditions, I made 'Coração Bobo'”, recalls Alceu.

“When I came back, I invited him to sing the song with me at the Tupi Festival.

Jackson do Pandeiro's heart, who was diabetic, stopped beating in 1982.

But, as the critic Tárik de Souza assures, “in the hundred years of the patriarch, this coconut tree still gives coconut”.

Jackson's fame that came on rails

At the same time that mother Flora Mourão starred in coconut circles with zabumbeiro João Feitosa, from whom Jackson had already “decorated the brawl the man used to do”, Alagoa Grande dressed up in culture with the news that came on rails.

At the beginning of the 20th century, the Brejo region of Paraíba, about 130 km from João Pessoa, was an economic hub in the Northeast, driven by the arrival of the train, which began to strengthen relations between the interior and large cities, and an important cultural center .

“There were many farmers and plantation owners there, interested in promoting culture”, explains economist Martinho Campos, referring to the exchange between the region and Recife, from which books, newspapers, music and artistic companies arrived.
And it is in this new scenario that until then Zé Jack is (in)forming.

Releases in the centenary of Jackson do Pandeiro

Researcher Rodrigo Fauor is preparing the reissue of discs recorded at Columbia and CBS. In 2016, Faour organized the box “O Rei do Ritmo”, which brought together 235 songs by the singer

King of Rhythm Jackson do Pandeiro – Biography and History