The band Olodum today paid a tribute to Michael Jackson, in Salvador.

At Largo do Pelourinho, where the American star recorded with the group part of the video for the song “They Don”t Care About Us”, in February 1996, 30 of the band's musicians got together to play for whoever passed by.

“We are celebrating his life, not mourning his death,” said 37-year-old musician Ubiraci Carvalho, “Bira Jackson”.

Bira was one of the stars of the clip 13 years ago. In the video, he is the percussionist who constantly appears behind the singer, often with the drum raised over his head – a gesture that ended up becoming his trademark. “He changed everything in my life, even my name,” he said. 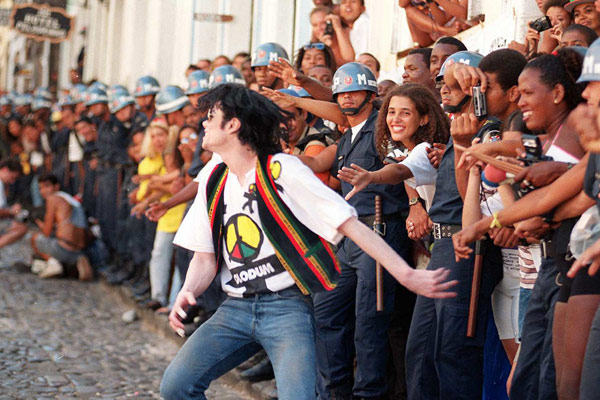 At the time, he was known as “Bira Bad-Boy”, because of the different hairstyles. From that day onwards, Ubiraci Carvalho became “Bira Jackson”.

“It was the most beautiful day of my life,” he said.

“I became known around the world, as was Olodum. We are all crying.”