Salinas da Margarida is a Brazilian municipality in the state of Bahia.

Salinas da Margarida is in the south of the Reconcavo Bahia distancing from Salvador about 270 km.

Two gems that are on the margins of the All Saints Bay.

The Baía de Todos os Santos is privileged by an unparalleled beauty.

Video of Barra do Paraguaçu in Bahia 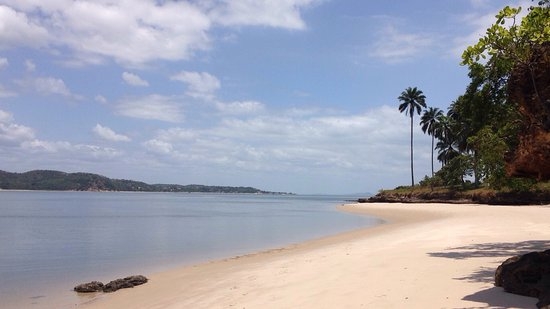 Barra do Paraguaçu in Bahia 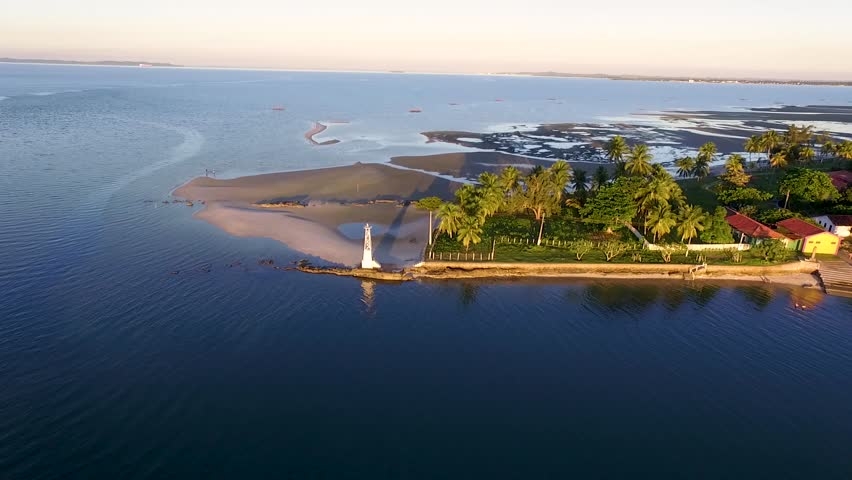 Salinas da Margarida and the village of Barra do Paraguaçu

Barra do Paraguaçu belongs to the municipality of Salinas da Margarida

Salinas da Margarida: on one side, the sea of ​​the Bay, on the other, the Paraguaçu River.

The final point of our tour along the 22 km of the BA-534 is the city of Salinas da Margarida.

Salinas da Margarida is located near the mouth of the Paraguaçu River, which rises in the Chapada Diamantina and flows into the Baía de Todos-os-Santos.

This attraction alone is worth the trip there. There, it is possible to see the fresh waters of Paraguaçu flowing serenely into the interior of the Bay after traveling more than 400 km from the geographic center of Bahia, home to more than half of the state's rivers.

The name of the town of Salinas da Margarida derives from its traditional salt production.

Its first salt pans date back to 1881, in the then settlement of Porto da Margarida, named after an influential lady of the time. Today, the production of shrimp in captivity generates jobs and income for this municipality in the Recôncavo, with just over 13 thousand inhabitants.

Meeting point – A pier at Praia da Ponte, the most urban, welcomes those who come through the Bay. On the sidewalk, stalls sell meals, snacks and drinks served at tables facing the sea. This is the main concentration point for people during leisure time.

Salinas da Margarida has a unique handicraft, made from shellfish shells and fish scales, which attracts the attention of visitors above all.

Among the most sold items are dolls, birds, flowers, necklaces, earrings and decorative objects made with great creativity.

The raw material comes from there, from the numerous waste pickers who work during low tide. They are shells previously used basically as cement reinforcement in construction works, a very common practice some time ago. That's when they didn't go directly to waste.

But the best use of molluscs and crustaceans is even in the pan, in high-calorie dishes that are typical of the Recôncavo Baiano region. Even in the form of moqueca, which goes well with a good mush, black-eyed beans, farofa and pepper.

The pier usually receives pleasure boats from various locations around the Baía de Todos-os-Santos, including nautical excursions departing from Salvador. However, they are exclusively private vessels.

With an area of ​​65 km², Salinas is comprised of the districts of Dendê (Porto da Telha), Encarnação, Conceição de Salinas, Cairu and the village of Barra do Paraguaçu.

Beaches in the municipality of Salinas da Margarida