Gravatá in interior of Pernambuco located 80 km from Recife, on the BR-232 highway that connects Recife Caruaru, with an altitude of 447 m above sea level and with a pleasant climate, average temperature of 16 degrees, Gravatá has as its strength the secular architecture of the houses, the hotel chain, furniture and handicraft stores.

Tourism in Gravatá is marked by nature, trails, farms, waterfalls and horse farms.

The municipality of Gravatá also has a gastronomic, historical and cultural route, as squares, Polo Furniture and restaurants are often visited by tourists. 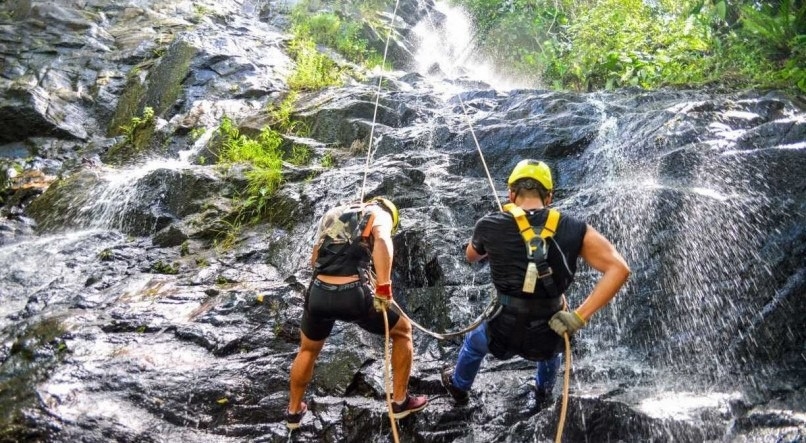 Alto do Cruzeiro, where the statue of Christ the Redeemer is located. You can access it through the 365 steps of the so-called Escadaria da Felicidade. From there you can taste the cuisine in local restaurants and watch the sunset.

With 600 meters of altitude, Alto do Cruzeiro is a natural elevation in the urban center of the city.

At the site, there are rocky outcrops and bromeliads (also known as Gravatá). From there, you can see the urban area, Serra do Maroto and Serra Negra, which is part of Bezerros.

At the top there is an image of Christ the Redeemer, the chapel of Christ the King, the Cruzeiro, the Escadaria da Felicidade, as well as bars and restaurants.

Polo Moveleiro is located at the entrance to the city and is the outlet for handicraft production and handicrafts.

The most acclaimed are the solid wood furniture in a rustic style. There are also decorative and functional pieces in aluminium, bronze and vine, among other materials.

The space is another leisure option for residents and tourists visiting the city.

The tourist spot has 37 thousand m², with a Cooper track measuring 1100 m in length, a bicicross area measuring 2200 m², a skate park measuring 500 m², a water feature, an amphitheater with capacity for 1500 people, an arts square , library, nursing station, shops and parking with 140 spaces.

Estação do Artesão is located in the old train station, next to the Chucre Mussa Zarzar Events Patio, where local artisans sell their pieces.

The former Charque Market gave way to the Cultural Market. Even today, the architecture is preserved. The stalls sell spices and typical Agreste cuisine. The space also has space for presentations by local artists.

There is also the sale of handicrafts.

The Gravata´s Memorial works where the old public jail used to be. Popularly called barracks, the property was built in 1911 and has military architecture from the beginning of the 20th century. The place was the scene of revolutionary struggles in the XNUMXs, involving tenentism.

In 1985, the former prison was transformed into the Pastor Rosalino da Costa Lima Culture House. In 2002, it underwent a renovation and became today's Memorial. The space holds memories of the people of the city with documents, photographs, furniture and objects.

Cachoeira da Palmeira is 15 km from the city and is commercially explored.

Gravatá has buildings from past centuries, such as the City Hall (1908), the Igreja Matriz de Sant'Ana (1810), the houses on Avenida Joaquim Didier and the Capela do Cruzeiro, which give the city a very special charm.

Cascavel Bridge is located in the Serra das Russas, near km 82 of the BR-232, is about 48 meters high and was built by the English in the early 19th century to support the old railway, which connected Recife to the hinterland. Today, the bridge is a destination for those who want to unleash their adrenaline and venture into an extreme sport, rappelling.

The residents of Gravatá have a real passion for off-road trails and 4×4 vehicles (with four-wheel drive) and take advantage of the cars to hike through the most different landscapes of the city.

The title of Terra do Cavalo de Gravatá is justified by the more than 400 stud farms spread across the municipality, according to the city hall. In addition, it has several events focused on equine breeding.

Gravatá has a unique scent. So much so that it is known and recognized throughout the region. Few people know, but the city is considered the largest producer of tropical flowers in the North and Northeast.

The church dedicated to Sant'Ana, patron saint of Gravatá, had its cornerstone laid on October 19, 1983.

The temple was built in the same place where José Justino Carreiro de Miranda, founder of the city, built a chapel, demolished in May 1940. In November of the same year, the new Matriz da Sant'Ana was inaugurated. Today there is a chapel, choir and sacristy and a 35 meter side bell tower.

Every weekend, trails and rappelling activities are organized along the old railroad and bridges. The most common activities are the 6 km trail through the abandoned trails, and the 50m high negative rappel, organized by several private companies.

Every month, Catholic events are held at Canção Nova de Gravatá, located on BR 232, km 81 (local route). There are schedules with lectures, formations and shows.