The small town of Vale do Capão, which is also called Vila de Caeté-Açu, has about 3 residents, belonging to the municipality of Palmeiras, 460 km from Salvador and 70 km from Lençóis, it has a privileged territory, with several trails that lead to hills, rivers, waterfalls, caves and waterfalls.

A Chapada Diamantina it has its mystical and dazzling locations. This is the case of Vale do Capão, located in the municipality of Palmeiras, which preserves enchanting landscapes and natural beauties.

The trails are basically made up of waterfalls, among other natural gems. It is where the most popular trail to Cachoeira da Fumaça, the highest in Brazil, is located, an area covered by Atlantic Forest, mountains of up to 1,5 meters, in addition to diversified fauna and flora.

It is not for lack of attractions that the Valley stands out. An ecological paradise, in the heart of Chapada Diamantina. There are trails to the 'Silêncio dos Gerais', the current of the Rio Preto, the imposing Morrão and the famous 'Abyss of Smoke'.

With a tropical climate, Caeté-Açu, the district where the Valley is located, has an average annual temperature ranging between 22° and 24°C, according to information provided by all types of tours.

The Capão Valley is visited by people looking for adventure tourism and tranquility.

It is also the stage for traditional events in the region, such as the Jazz Festival and the parties during São João, Carnival and New Year's Eve.

One of the most popular factors among visitors is ecotourism, guaranteed by the beauties that accompany the famous walks.

The visitor has the option of longer trails, such as the one that goes from Capão to the city of Lençóis, or the shorter ones, such as those that connect tourist attractions and some communities, Conceição dos Gatos, Riachinho, Rodas, Angélica, Batista, among others. . 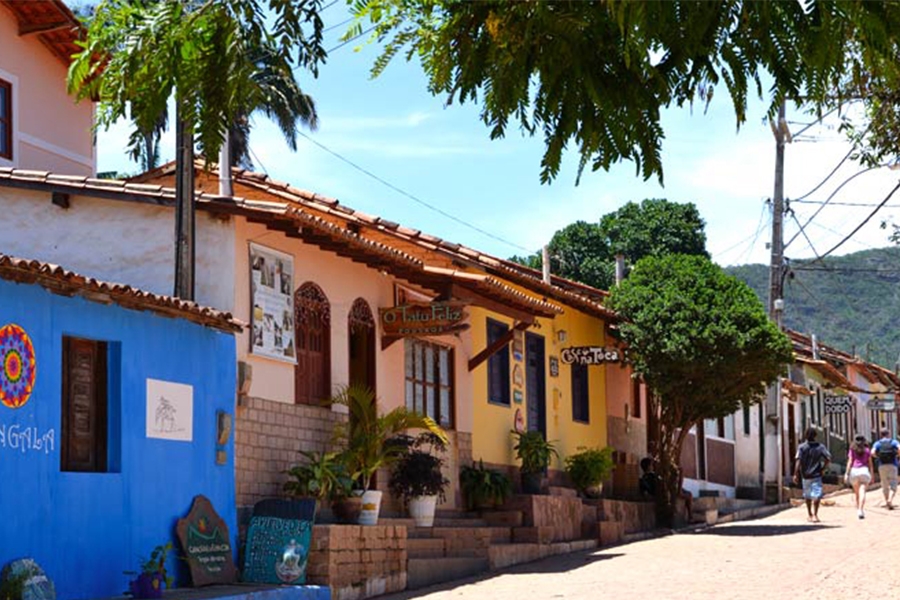 Waterfalls and Trails in Vale do Capão or Caeté-Açu

Considered by many to be one of the most beautiful trails in the Capão Valley, Cachoeira do Rio Preto is a small oasis protected by Morrão, one of the most photogenic mountains in the Chapada Diamantina.

Despite being small, the waterfall forms an irresistible well that looks more like a natural pool.

Located on the road that connects the village of Capão to the municipality of Palmeiras, is the beautiful waterfall of 12 m in height and a well with a paved trail for easy access. The attraction is part of the Riachinho Municipal Natural Park conservation unit.

With easy access, this waterfall is perfect for families with children. The waterfall comes from a huge wall of rocks forming several wells in front of an immense valley.

Cachoeira do Rio Preto is one of the closest to the village and has access on the same trail that gives access to Cachoeira das Rodas.

The 4-meter high waterfall falls into an immense pit with an infinity edge and views of mountains. For those who like to explore these places, the tip is to continue climbing the waterfall and enjoy the various wells that form between the rocks of the Rio Preto.