The bossa nova, which had been taking shape since 1962 and was finally consolidated with the album Getz/Gilberto – Stan Getz & João Gilberto featuring Antonio Carlos Jobim.

I don't remember seeing anything significant in the Brazilian media about the 50 years since the release of the album that made history as one of the main emissaries of Bossa Nova in the United States.

Gathered under the baton of producer Creed Taylor, saxophonist Stan Getz received none other than João Gilberto, his wife Astrud and Tom Jobim, for the recordings of this true gem: Stan Getz / João Gilberto. It's just under thirty-four minutes of endless hugs and caresses in terms of music.

This album, despite being superb and having already received several certificates as a “desert island album”, was not responsible for the arrival of the sunny Brazilian rhythm in Yankee lands, but its confirmation as a true craze among jazz aficionados. Even so, it belongs to the category of eternal masterpieces, without any shadow of exaggeration.

In fact, Bossa Nova had already arrived there a few years before 1964. It is said that the first signs of the rhythm across American lands came with the success of the French film Orfeu da Conceição, based on the play written by Vinícius de Moraes, which told with compositions by him and Tom Jobim on his soundtrack, back in 1960. Astrud Gilberto & Stan Getz in "The Girl From Ipanema"03:01 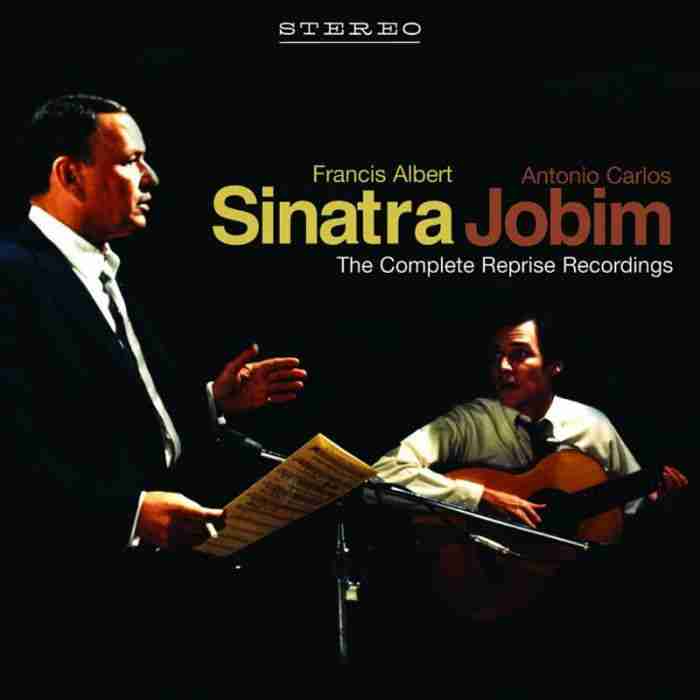 Frank Sinatra and Tom Jobim - The Girl from Ipanema

João Gilberto was simply polishing the fundamental stones of the style, with Tom Jobim participating in the arrangements.

The third and last part of this trilogy would come in 1961, with the homonymous album. In this context, American musicians came to Brazil at the same time for concerts and were duly introduced to Bossa Nova.

People like Ella Fitzgerald and flutist Herbie Mann realized that here was a tropical cousin of Jazz, something new, refreshing and absolutely capable of being enjoyed in America.

In 1962, Washington DC disc jockey Felix Grant came to Rio and came back fueled with Bossa Nova LPs, which he included without further ado on his radio show. As Felix's program had great penetration among musicians and jazz lovers, Bossa Nova would soon be the order of the day.

Jazz was facing a crisis. It was a rhythm essentially related to the youth and they had fallen in love with Rock. Simpler, more direct, with packed lyrics, attitude and speech, the new rhythm won over jazz improvisations and sound metaphors.

Bossa Nova emerged as a possibility for the renewal of Jazz and its popularization, something that had become almost impossible in those days.

The first major record by an American musician to use the language of the new style was Jazz Samba, released by saxphonist Stan Getz and guitarist Charlie Byrd. Of the seven songs on the album, two are by Tom (Desafinado, Samba de Uma Nota Só), two by Ary Barroso (Bahia and É Luxo Só), in addition to the partnership of Billy Blanco and Baden Powell (Samba Triste) and the total classic O Pato, by Jayme Silva and Neuza Teixeira.

Charlie Byrd signs Samba Dees Days as the only non-Brazilian song to be part of the album. The success was resounding and the news reached Brazilian musicians, who decided to see what was happening there.

The new musical wave also caught the attention of American businessmen and soon a concert was organized at Carnegie Hall, in New York, with artists minimally related to the style. Besides them were the parents of the matter, Tom, João, Carlos Lyra, Newton Mendonça, Luis Bonfá, Sérgio Mendes, Roberto Menescal and Agostinho dos Santos, famous for his participation in the soundtrack of Orfeu da Conceição, singing Manhã de Carnaval, the opening song for the film. The show failed but served to consolidate Bossa Nova as a phenomenon of Pop air, being known there as "New Beat".

Soon the rhythm was understood and sold as something very modern, also associated with the image of the couple Jackie and John Kennedy, in an ingenious mechanism of political/social/cultural renewal.

New albums of interpretations of songs by Brazilian artists continued to appear, until Tom Jobim himself, uncomfortable with the English versions of the lyrics, realized that no musician from here had signed a solo album there.

In a short time, the essentials emerged The Composer Of Desatunado Plays, only with beautiful, light, airy and beachy instrumentals, something absolutely better and more appropriate than the gringo versions of Bossa's songs, with João Gilberto's guitar, something that made a total difference. Recognition came in the form of the Grammy for Best Album of 1963 and opened the door to this XNUMXth record we are writing about.

In 1964, Astrud Gilberto & Stan Getz popped like thunder on the hit charts despite their clean, quiet sound. The alternative to Jazz, hermetic, intricate, appeared in the form of beautiful and light music, but with undeniable artistic value.

This, by the way, was the great fact that delighted American audiences and musicians: Bossa Nova was something undeniably “easy”, melodic, but it was also virtuous and “artistic” enough to bear the revolutionary and libertarian aura that Jazz always carried forward .

Even though several imitators and hitchhikers emerged between 1961 and 1964, the partnership between Stan Getz and João Gilberto, shielded by Tom Jobim and Astrud Gilberto, remains unaffected by the action of time.

The album would win the Grammy for Best Album the following year, as well as Best Jazz Album, Best Sound Engineering, and the English-language version of Garota de Ipanema would be awarded Record of the Year.

Only in 2008 would another Jazz album win the Grammy for Best of the Year, in this case, River, The Joni Letters, by Herbie Hancock. Vibe and Rolling Stone magazines included the album among the top 500 of the XNUMXth century.

Little do they know that the duo released another album in 1966, Getz/Gilberto #2, featuring a compilation of live recordings at Carnegie Hall, made in 1964, with one side for each style, with Bossa Nova, the B side, with versions in English from standards such as O Pato, Corcovado, Você e Eu and the indefectible Girl from Ipanema.

The partnership between both would also bear fruit in 1976, with the release of The Best Of Both Worlds, in the same collaborative work mold, English lyrics and totally jazzy instrumental.

The 1964 album, however, remains intact. It received a 50-year special edition, with stereo and mono versions of the pristine recordings. It's a must for any minimally serious music lover.

When bossa nova conquered the world – History of Bossa Nova